Yasmin and the Birth Control Controversy 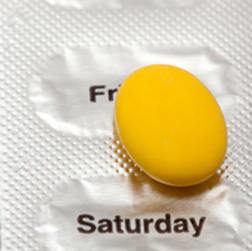 Those side effects reportedly include an increased risk of venous thromboembolism and other heart problems. Yasmin and Yaz have both been subject to label changes to warn people about the risks associated with the contraceptives, while, according to The Huffington Post, a change was announced for the NuvaRing label in Canada. There was a change to the American label, in October 2013. That change recommended that NuvaRing be discontinued, “if an arterial thrombotic or venous thromboembolic event (VTE) occurs.” The label change also recommended stopping NuvaRing around a surgery if the surgery is major or linked to an increased risk of thromboembolism.

The FDA has at least acknowledged concerns about Yasmin, Yaz and other drospirenone-containing birth control by convening an independent advisory committee to make recommendations on the oral contraceptives. That panel occurred two years ago, in December 2011. But the advisory committee voted to keep the birth control on the market by a narrow margin, and it was later revealed that three of the independent advisors had financial ties to the company that made the contraceptives at issue.

More YASMIN BIRTH CONTROL News
Included in the meeting were experts speaking on the risks of cardiovascular problems linked to the birth control and people whose loved ones had died after using the birth control. One of those speakers was Diane Ammons, whose daughter, Anne, died in 2009. “She was young, healthy, athletic, a runner, a physical trainer, and a new lawyer,” Ammons said, according to a transcript of the meeting. “She ate healthy foods, was a nonsmoker, and had a low BMI. Her lifestyle did not contribute to her death.”

Compounding matters was that Anne was not prescribed Yaz for birth control but for irregular periods, a condition that is not life-threatening and likely would not be serious enough to withstand a risk of heart problems. Furthermore, according to some studies, there are older contraceptives on the market that are just as effective but do not carry the same risks.

“Anne’s and our experience with doctors shows that merely changing the label or fine print warnings is not enough to protect young women from unnecessary death,” Ammons said. “Safer birth control pills are available, and there’s no reason to keep a dangerous one on the market.”