When one thinks of people with an increased risk of blood clots and strokes, one often thinks of older people with high blood pressure, not young, healthy women who happen to be taking Yasmin birth control. But Yasmin side effects lawsuits allege that Yasmin and Yaz birth control are linked to an increased risk of blood clot and stroke in women, and this risk is increased even in teenage women who have no other risk factors for the conditions. 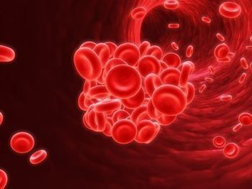 The Daily Mail (9/10/13) reports on Georgie Holland, who had a stroke at age 17 after using Yasmin birth control. Because Holland had no other risk factors for a stroke, she and her doctors believe Yasmin was the cause of her having a stroke at such a young age.

Even though younger patients heal better from a stroke than older patients, they can still suffer permanent damage. Holland’s peripheral vision in one eye has been affected and she must now take an aspirin daily to thin her blood. Unfortunately, not all young women survive their stroke.

In 2011, Joan Cummins filed a lawsuit against Bayer alleging Yaz caused her daughter to have a fatal stroke. According to a CBS News report (6/2/11), Michelle Cummins had been in college for only a month and was 18 years old when she collapsed while walking to class. She died of a blood clot in her lung.

Cummins also spoke before an FDA advisory committee panel about the dangers of Yaz and the risks compared to other birth control. She described her daughter as a healthy 18-year-old with a promising future who was robbed of her voice.

“In my mind, these drugs should be removed from the market tomorrow,” Cummins said (according to a transcript of the meeting). “By leaving them on the market, you are confusing the situation. My daughter is dead because Bayer confused the situation. Please, fix this… It is worse than insanity. It is a sickness called greed. My daughter did not need Yaz. Bayer needed Yaz.”

Another woman who spoke before the advisory panel was Katie Anderson who at the age of 16 was prescribed Yaz for irregular menstrual cycles. After a few weeks, Anderson developed pain in her leg and chest and was diagnosed with a blood clot. According to her testimony, Anderson had a two-and-a-half foot long deep vein thrombosis and a pulmonary embolism.

More YASMIN BIRTH CONTROL News
Following the committee meeting, the FDA advisory panel recommended strengthened warnings about the increased risk of blood clots in women, but did not recommend warning that Yasmin and Yaz have greater risks over other birth control pills. According to The New York Times (12/9/11), the panel also narrowly voted that the benefits of the birth control pills still outweigh the risks, despite testimony from patients arguing otherwise.