Since news broke that Health Canada linked Yasmin birth control to approximately 23 deaths, more women and families have come forward with their stories about reported Yasmin side effects. More women are also joining the Canadian Yasmin lawsuit, alleging women were seriously harmed or killed by their use of the birth control. 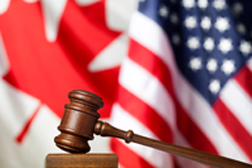 The Hants Journal (6/25/13) recounts the story of Katelynne Fisher, who died at the age of 18 only a month after she started using Yaz birth control. Before she died, Fisher suffered a seizure caused by a blood clot in her brain. She was in a coma for eight days and underwent an 11-hour surgery before she died. Fisher’s doctors reportedly said the only risk factor for a stroke that they could see was her use of Yaz birth control.

A lawsuit seeking class-action status has now been filed in Canada against Bayer, the maker of Yasmin and Yaz birth control. Yasmin and Yaz are both fourth-generation birth control and contain drosperinone, which has been linked to an increased risk of blood clots when compared with older oral contraceptives and those that do not contain drospirenone.

More YASMIN BIRTH CONTROL News
Despite those risks, and despite the availability of birth control that does not carry the same risks, Bayer, Health Canada and the US Food and Drug Administration (FDA) say the birth control is safe and women should continue using it. Experts note that the risk of developing a blood clot while pregnant is higher than the risk associated with drospirenone-containing birth control.

Records from Health Canada (made public by CBC) showed that 23 women and girls, including teenagers, died while using Yaz or Yasmin. Most of those who died did so as the result of a blood clot in the lungs or brain.

According to CMAJ News (the Canadian Medical Association Journal; 6/25/13), Health Canada has reviewed data on Yaz and Yasmin and concluded that there is 1.5 to 3.0 times the risk of blood clots in drospirenone-containing contraceptives as there is in contraceptives that do not contain the synthetic hormone. The FDA reportedly found similar risk rates in its reviews of the drugs.

Lawsuits have also been filed in the US, alleging women were harmed by the use of Yaz and Yasmin. Some of those lawsuits have been settled.

Posted by
Les McClaughry
on July 21, 2013
This Quote
"Experts note that the risk of developing a blood clot while pregnant is higher than the risk associated with drospirenone-containing birth control."
So that makes it ok that the product kills? So it's ok that a product kills women because pregnancy could anyway. Why not allow people to beat them or shoot them, after all they could die from pregnancy.
Killing people with birth control pills is murder,(especially when you advertise how great your life will be if you use the product) the risk of pregnancy is part of life.