When a Birth Control Pill Takes a Life

When one of the national television networks in Canada aired an in-depth consumer report on Yasmin birth control in 2011, not only was it one of the most-watched programs of the year, it triggered a flood of response. 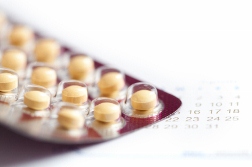 Some of the response had tragic overtones.

One viewer who contributed to the comments section of the official website of 'Marketplace,' the consumer advocacy arm of the Canadian Broadcasting Corporation, had a message to viewers far weightier than mere Yasmin side effects…

March 5th, 2013 will be the third anniversary of her daughter's death—allegedly due to Yasmin blood clots.

The author laments that her daughter had collapsed following a workout while away from home, studying at University. "She was 18, fit and had no other risk factors," the grieving parent writes. "She was on Yas (sic) for 1 month. She had been complaining of a pain in her back and saw a doctor at a walk in clinic. He told her she had muscle strain. In fact she had blood clots in her lungs. She died instantly when she collapsed. There was no chance to save her."

The respondent referenced 'Yas' in the posting, which could have referred to either Yasmin or Yaz. Both are third-generation oral contraceptives based on drospirenone (DRSP), a synthetic hormone. Both are manufactured by Bayer and are similar. Yaz side effects are reported to be just as grievous as those of Yasmin—and both are suspected, according to various studies, of carrying a risk for blood clots and Yasmin DVT (deep vein thrombosis) that are several times higher than traditional contraceptives.

All birth control pills, doctors agree, carry some risk for blood clot. Critics, however, accuse Yasmin and Yaz of carrying a higher risk than traditional oral contraceptives. Bayer, the German manufacturer, has always maintained the risk for Yasmin blood clots and similar concerns over Yaz are no better or worse than older birth control pills.

Yasmin DVT—indeed, DVT from any source—can be deadly serious, according to Greg Grambor an expert on DVT recently quoted in SBWire (9/3/12). Deep vein thrombosis occurs when a blood clot forms in the legs or pelvis. Were the clot to break free and travel to other areas of the body through the blood stream, it becomes an embolism and can foster a potentially deadly pulmonary embolism.

SBWire reports that many plaintiffs having filed a Yasmin lawsuit, or Yaz lawsuits stemming from use of that product, had suffered from pulmonary embolism.

When the CBC's Marketplace aired the segment on Yaz and Yasmin in January 2011, the contraceptive duo was the best-selling birth control in the country. Young women, especially, were drawn to the drug by claims Yasmin and Yaz helped to control bloating, weight gain, helped with PMS symptoms and even moderated acne of the skin.

But are Yaz side effects and that of Yasmin not any worse than ordinary birth control pills, as Bayer claims?

More YASMIN BIRTH CONTROL News
Ask Stephanie Wright of Montreal. She was an active student—a runner, who carefully guarded her health—and had been taking Yasmin for a year when she suffered a pulmonary embolism. Subsequent tests revealed she was not predisposed to blood clots.

Nor was Vicky Mersereau, a young woman of 26 from Toronto and died from a massive pulmonary embolism. She had been suffering from unexplained breathing problems after being on Yasmin for 5 or 6 weeks. She would die soon after on June 13, 2009.

"How many women have to get sick or die before they stop prescribing these drugs?" laments the grieving parent who will be dreading the onset of March 5, 2013. "I hope the word gets out so no more mothers have to bury their daughters. My life will never be the same."