It may not be a Yasmin lawsuit in its purest form, but a malpractice lawsuit filed against two doctors and a healthcare facility following the death of a young mother involves Yasmin birth control in a secondary role. 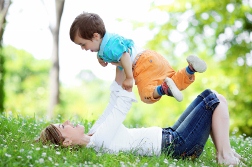 The lawsuit was filed by Florida widower David Boon. Only 38, Boon now finds himself as the sole parent to two young children after their mother and Boon's civil attorney wife Brook Boon suddenly collapsed and died of a blood clot to the lung following elective surgery.

Boon's lawsuit is against the two doctors who were involved in a surgical procedure performed on Brook Boon, and one employer of one of the physicians. While a Yasmin lawsuit has not been launched, the Florida Times-Union of Jacksonville (7/17/12) reports the victim was taking Yasmin birth control at the time for oral contraception. Boon's lawsuit stems from the fact that neither his late wife's primary care physician, or plastic surgeon cautioned Brook to stop taking Yasmin prior to having what is commonly known as a 'Mommy Makeover.'

Boon had decided to undergo the four-hour surgical procedure that involved tummy tucks and other cosmetic enhancements prior to returning to her job as a civil attorney following the birth of her youngest child in 2010. According to the lawsuit, standard practice holds that oral contraceptives should be stopped at least four weeks prior to elective surgery—and two weeks post surgery—to minimize the risk for blood clots.

An autopsy showed Boon died of a pulmonary embolism, or blood clot, in the lung. She leaves behind her husband David and sons Dashiell, age 3, and Rushton, 2. The oldest, according to the report, still asks about his mother and asks when she will be coming home.

It is not known if Boon also plans on launching a lawsuit specific to Yasmin alleging Yasmin side effects. Thousands of other plaintiffs have launched a Yasmin lawsuit, alleging injury or death from Yasmin DVT.

Boon is seeking damages in excess of $15,000. Brook Boon died August 12 of last year, a little more than a year following the birth of her youngest child. Yasmin and DVT has plagued many families. The Yasmin pill, while delivering various added value benefits, continues to be a risk nonetheless.