Only a few months after Erica, age 19, started taking Yasmin, she started getting pains in her stomach, but chalked it up to something she ate. She didn’t know those symptoms could be early warning signs leading up to life-threatening Yasmin DVT. 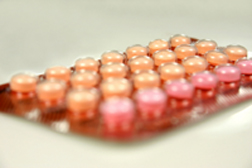 Erica’s doctor prescribed Yasmin birth control last November, telling her it was safe and convenient. She thought so too until this past January.

“The stomach pains moved into my leg, which started to swell and bruise and then my leg turned a purplish color so I could tell the blood was not reaching that area,” says Erica. “That night the pain was so unbearable that I couldn’t even walk into my Mom’s room to tell her my situation.

“Somehow I managed to get out of bed and yelled for my Mom to help. I sat on the edge of the bed, I couldn’t move any further. I used my Mom’s walker to put all the support on my right leg so I could get to the car - I had to get to the ER right away. Luckily, our local hospital is nearby so the drive only took a few minutes.”

It took Erica about five minutes just to hobble to the ER waiting room from the car. Thankfully it wasn’t busy that night. “They knew I needed medical attention immediately; I got all my vitals taken and was quickly admitted,” Erica adds. “My mom was freaking out.

“The doctors who saw my leg said they had never seen a case like this in someone so young. The first doctor I saw asked me what meds I was taking and I said birth control. He said that Yasmin and Yaz was the “cause agent” and that, because of my age, the blood clot could only be caused by Yasmin. ‘There is no other explanation,’ he said.

Erica was diagnosed with deep vein thrombosis, a blood clot in her vein. Over the next five days Erica was hooked up to IV and wasn’t allowed to move. She needed help going to the bathroom, in a bedpan. If she moved, the blood clot could move. She had an IV and a stent implanted in her leg, which was a six-hour procedure. And all she could take for the pain was Tylenol because she was on coumadin, a blood thinner, which she will have to take for at least the next six months.

Erica isn’t naive; she knows that birth control drugs containing drospirenone aren’t “totally safe” and she knows there are risks involved with taking most any drug, but to reiterate, she never thought it would happen to her, especially at her age. “After seeing Yaz and Yasmin TV commercials and reading the list of Yasmin side effects on the package label I was scared at first, but getting pregnant at my age without any financial means was scary too,” she says, “so you have to weigh the odds.

More YASMIN BIRTH CONTROL News
“This incident will stay with me for the rest of my life. Short term: I had to miss school for a week. Long term: For the rest of my life I can never take hormones. I will have to remember years from now not to take any hormone replacement therapy either.

“And it has affected me as far as doctor’s appointments go. I don’t have Medicaid so I have to travel almost an hour each way to my doctor and that cuts into my education. I have to see my oncologist once a month and visit the coumadin clinic every few weeks, for at least six months.

“I want to take this opportunity to warn women on birth control pills or considering Yasmin: Definitely research whatever birth control your doctor prescribes. It might have a different name that could be generic for Yaz or Yasmin so please take my advice and ask your doctor as many questions as you can. And don’t take any birth control with drospirenone. There are lots of birth control methods on the market that are much safer.”