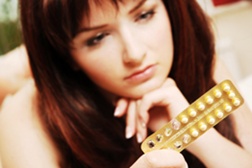 According to the court document, all gallbladder plaintiffs are automatically enrolled in the settlement. Those wishing to opt out must have done so by April 29 and new gallbladder cases must have been served by March 25. After this date you can still bring a claim against Bayer but your case must be tried.

Jill was unaware that Bayer has set aside $24 million to settle Yasmin gallbladder lawsuits. If you had your gallbladder removed as a result of taking Yasmin or Yaz, Bayer will pay a maximum of $3,000. However, if there are more than 8,000 gallbladder removal cases, the amount will be reduced pro-rata. For instance, if 10,000 people have filed gallbladder cases, the average payout would amount to $2,400.

“I have been healthy all my life - for 33 years,” says Jill, “so being diagnosed with gallbladder disease was shocking, to say the least. And I still have repercussions from the surgery. I suffer from irritable bowel syndrome and get attacks about once a month, so this settlement amount is like a slap in the face, if I can even collect it.”

Jill had been taking a birth control pill since she was 17 years old, but it wasn’t until her gynecologist offered her Yasmin - for free - that she had any side effects. “My doctor really pushed Yasmin on me; it was like she was a sales rep for Bayer,” Jill explains. “She gave me nine months of Yasmin birth control. I was happy with my ortho birth control but how could I resist nine months for free?

“Not long after I started taking it, I experienced Yasmin side effects. I had whole body muscle cramps and two episodes of ovarian cysts. At the same time, I suffered from severe heartburn and acid reflux. Of course it could have been a coincidence, but I decided to go back to my ortho birth control.

More YASMIN BIRTH CONTROL News
“I got pregnant and everything was fine except for this massive heart burn. Again, I never equated this with Yasmin. I had two separate gallbladder attacks after I gave birth that sent me to ER. They told me I had gallstones and needed to get my gallbladder removed.

“I can’t help but wonder why my gynecologist pushed Yasmin on me. I heard that doctors can sometimes get kickbacks from sales reps and I think it is awful. I work in a physical therapy clinic so I am not unfamiliar with this practice. And the more I know about healthcare the less I like it. I believe that doctors should make more money based on how many patients they make well rather than getting kickbacks from pharmaceutical companies such as Bayer.”

(A number of lawsuits alleging illegal and deceptive marketing practices have been filed against Bayer involving its products, including Yasmin and Yaz.)