“I’m relieved that I will finally be able to get a Yasmin settlement,” says Holly, age 24. “I know that gallbladder problems aren’t nearly as serious as other Yasmin side effects, such as Yasmin DVT, but I have to live without a gallbladder for the rest of my life.” 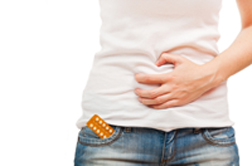 Holly started taking Yasmin in 2005, and says that just three months later, she began to have pain in the gallbladder area - on the right side of the rib cage, behind the liver. She had no idea that there was a link between Yasmin and a gallbladder attack - until she looked online after seeing a commercial on TV about Yasmin and its link to gallbladder disease. (Birth Control Pills rank eighth in causes or risk factors for gallbladder disease, according to gallbladderattack.com.)

“I read that many other women had the same problems as me and they had their gallbladders removed,” says Holly. “I was so mad. I phoned a few lawyers who all said they weren’t taking clients with gallbladder problems, but that was a few years ago. I recently found an attorney on LawyersandSettlements who said that Yasmin gallbladder lawsuits are now being settled. I’m glad they are finally doing something for women like me because I had to suffer through this, and it isn’t over.

“When I had the gallbladder attack, I actually passed out from the pain,” Holly explains. “I was rushed to hospital and had it taken out, right then and there. I had a gallstone the size of a golf ball in my bladder.” Holly was only 18 years old; she didn’t smoke and she wasn’t overweight. There was nothing to indicate that she was a candidate for gallbladder disease.

More YASMIN BIRTH CONTROL News
“I have been suffering with digestive problems since I had my gallbladder removed, so I definitely deserve compensation from Bayer,” says Holly. “I started gaining weight - a lot. And now if I eat anything that contains oil, I have to rush to the bathroom. It is really embarrassing when I go to a restaurant or go over to a friend’s house for dinner. Needless to say, I stay home most of the time. If I drink pop and even some juice, I’m running to the bathroom. And I get really sharp pains in my stomach. My doctor said it was unusual to still have these problems. Nobody in the medical community explained how it could have happened. But they should all know by now, unless they are living in a bubble.”

Yasmin attorneys are advising gallbladder claimants to accept the gallbladder settlements. According to an order and agreement filed in the US District Court for the Northern District of Illinois (March 15, 2013), Bayer HealthCare Pharmaceuticals Inc. will pay $24 million to resolve claims of plaintiffs who allege that they developed gallbladder disease or underwent gallbladder surgery as a result of using Yasmin or Yaz drospirenone-containing birth control pills.

Posted by
Sheila Jansen
on June 12, 2013
I went through several weeks of pain, vomiting, weight loss due to my gallbladder . I have been on yasmin for several years after having my second child. I was in and out of the hospital. And eventually, had to stay for a few days due to problems brought on by my gallbladder. While there, I had to have intervenes. Apparently the nurse did not put it in correct and I ended up with an infection. So I went back to the hospital and they put a butterfly in my arm. I had to go to another hospital to have bags attached to my butterfly to help clean up my infection. I was trying to work up until I ended up in the hospital. As soon as, I ate supper at work or home, I would start vomiting and had to go home. When I was in the hospital I realized I could not eat solid food until my gallbladder was taken out. I waited weeks for that surgery. I was unable to work. And my husband had to take the day off to help me afterwords. Finally, I had my surgery and still could not work for 2 weeks more due to the type of work I do. Luckily for me I had accumulated almost enough sick pay to cover my time off after surgery. I am not sure if I got paid for the hours not worked before surgery. I am a mother of 2 boys and worked two jobs at the time because I am a PSW and that is how you get enough work when you 1st start out in the field. I wonder if yasmin could have caused my gallbladder eventual removal. How can I figure that out? If it is determined that yasmin was the issue, how do I pay a lawyer to help with this case. And will I have to go to court and/or have my name in the paper. Not sure if it would be worth it. Still on yasmin today, yikes. Tried to get off and do something else after second child, but they were not suggesting anything I thought was OK for me. I will be seeing a doctor on Friday. I will ask her then what she thinks about yasmin and help me find someway to go off of it for good.