Yasmin Ramifications—Let Me Count the Ways

Marilyn says she was concerned about Yasmin side effects when her gynecologist prescribed Yasmin. “My doctor said she would never give me anything that would harm me,” says Marilyn. “How wrong she was.” 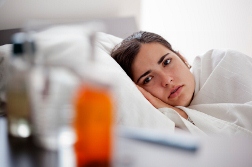 Marilyn (not her real name) was 38 years old when she started taking Yasmin—in 2002. She was the epitome of health. She never smoked, nor was there any family history of blood clots or respiratory problems. She ran every day but that was soon to end. “Just a few months after I started taking the birth control pill I experienced a lot of exercise intolerance and presumed I was out of shape,” she says. “I was getting out of breath during and after running but I never thought it could have been related to the Yasmin pill.”

About six moths later Marilyn thinks she had her first pulmonary embolism. “It was extremely painful in my right shoulder and chest area so I went to a chiropractor but of course that didn’t help,” she says. “ About a month later I had another painful experience at home: I had a stabbing sensation in my right lung area and taking a breath was like a knife stab. This time it felt more serious so I ran to my neighbor’s house and they drove me to ER.”

Marilyn’s primary care doctor diagnosed pleurisy, gave her an antibiotic and sent her home. She says that eventually the pain subsided but she was extremely uncomfortable for several days.

“Two months later I was out with friends and got weird sensations in my legs and abdomen,” Marilyn says. “I drove home and by the time I got into the house my leg was numb and so swollen I couldn’t even see my knee.“ This time she called 911. “When I told the doctors about the pleurisy diagnosis they connected the dots. ‘This happened because you are on one of these newer birth control pills,’ the ER doctor told me. ‘You are just one of those unlucky people who have a problem with birth control, so it’s no hormones for you—ever.’ I could barely believe what he was telling me.

"They did a sonogram, CAT Scan, MRI, the works. I had a blood clot from my left knee that ran up to my heart. The scans showed that I had scar tissue in my right lung. I was in hospital for two days—they wanted me to stay for at least five days but I had no insurance. Instead they sent me home with blood thinners, and I am still on coumadin today—probably for life.

"There are so many ramifications from Yasmin birth control.

"I had to pay for my medical bills out of my uninsured pocket. The first hospital visit cost about cost about $10,000, not counting my family flying across the country to take care of me. I couldn’t do anything; I couldn’t even get off the couch for a few weeks.

"There are so many activities I can no longer participate in: The blood clot will never be completely resolved. Two years later-- when I finally got insurance-- my doctor said he would have to drill through the blood clot, so I had a surgery attempt at UCLA; it was so hard he couldn’t get through the scar tissue. Now my left leg doesn’t work as well as my right and it is bigger than my right leg.

"I still don’t have full use of my lung. Even now when I take a deep breath, it feels like someone is pinching that side

"And I have an insurance issue because now I have a pre-existing condition. I am a software engineer and I am covered through work but if I get laid off I will have a hard time getting insurance on my own.

"Also, blood thinners can be dangerous and I have to get blood levels checked almost weekly. With the size of the clot I had, I have to stay on them.

More YASMIN BIRTH CONTROL News
"I went back to my gynecologist—she prescribed the Yasmin-- a few months after I had the massive DVT. She was dumbfounded, and acted like she couldn’t figure it out. I don’t blame her because Yasmin blood clots probably weren’t so common back in 2003.

"The fact that Yasmin could have caused blood clots and pulmonary embolism came to my attention just a year ago. I can’t believe that Yasmin and Yaz are still being prescribed. Then I went online and read about the Yasmin lawsuits. I made my first inquiries with a Yasmin attorney just a few weeks ago and I’m hopeful that I can still file. It would be really nice if I can get some kind of compensation, at the very least to reimburse my medical bills. I doubt that I will ever get my leg and lung back to normal.

And it is so important that everyone knows--I hope other young women don’t suffer what I did.”