As the Philadelphia Xarelto mass tort moves closer towards the bellwether trial stage, Xarelto principles Bayer AG and Janssen Pharmaceuticals have signaled that they want to know the identity of any third-party funders associated with Xarleto bleeding issue lawsuits. In other words, the defendants want to know how plaintiffs are funded. 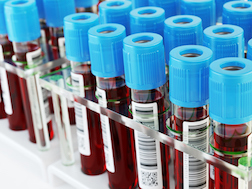 According to the Legal Intelligencer (04/10/17), Janssen and Bayer filed a motion in the first week of April formally requesting that the Philadelphia Court of Common Pleas compel discovery with regard to third-party litigation funding.

Bellwether cases in the Xarelto lawsuit file have been shortlisted. Defendants are now looking for details with regard to third-party litigation funding, prior to selection of bellwether cases for initial trials.

“The information will determine the real party in interest and will identify any nonparties that may ask to be consulted when decisions are made in this litigation, or that may have actual control over decisions that are made in this litigation – all of which affect bellwether assessment,” a memo supporting the motion said. “Before selecting the bellwether trial cases, defendants are entitled to know who is in control and who has a right to be consulted in each of the core discovery pool cases.”

There are currently about 1,200 cases in the mass tort docket. Cases qualifying for bellwether status have been whittled down to 24. The defendants feel that discovery with regard to third-party funding would help determine which of the shortlisted bellwether cases should be tried first.

Xarelto (rivaroxaban) is a latter-day anti-coagulant brought to market as an alternative to the gold-standard warfarin (Coumadin), the go-to blood thinner for decades that has proven effective for anti-coagulation of blood towards the prevention of blood clot and stroke in older adults. The downside to warfarin is that strict monitoring of diet and other factors is required in order to maintain a safety zone, and avoid dangerous bleeding events or serious hemorrhages.

Xarelto was ultimately approved by the US Food and Drug Administration (FDA) as an easier alternative to Coumadin. Unlike warfarin, rivaroxaban did not require the level of monitoring to prevent Xarelto bleed out, and thus was touted as a safe and effective – and easier – alternative to warfarin.

In reality, Xarelto side effects have proven grievous for many plaintiffs, given that Xarelto was brought to market without an effective antidote, or agent to reverse the thinning properties of rivaroxaban. Warfarin can be reversed with an infusion of Vitamin K. Rivaroxaban does not respond to Vitamin K in the same fashion, leading to serious Xarelto bleeding complications in some patients. In some cases, there have been Xarelto deaths.

Plaintiffs assert that it was irresponsible for the manufacturers of Xarelto to claim that rivaroxaban didn’t require as stringent monitoring as warfarin when, in fact the opposite appeared to be true given the lack of a reversing agent. Plaintiffs further assert that the manufacturers were aware that Xarelto could not be reversed in the same way as warfarin can – and had they known, they would not have chosen Xarelto, or would not have consented to it.

The request for information regarding third-party funding of plaintiffs appears to represent a recent trend. “We filed this motion in order to understand, in the context of bellwether selection and in the interest of an efficient and orderly process, the entities or individuals that have a direct stake in the outcome of a case,” spokesman William Foster, of Janssen, said in an emailed statement to the Legal Intelligencer.

More XARELTO News
A representative of Bayer concurred: “Third-party funding of litigation is increasing in civil litigation generally, and disclosure of any such interests is necessary to determine whether there are other parties besides plaintiffs who have rights to be consulted or control decisions in the litigation,” noted Chris Loder, a spokesperson for Bayer.

Legal counsel for the plaintiffs countered that such requests are overly broad, and in the absence of any particular issues related to third-party funding, such a request reaches into attorney-client privilege.

Bellwether trials in Xarelto multidistrict litigation housed in New Orleans were scheduled to begin March 13, after a month-long delay to compensate for the NBA All-Star Game the previous month.