Louisville, KY (PRWEB) September 25, 2014: There is an age-old chestnut that suggests newer is not always necessarily better. Such may be the case with Xarelto (rivaroxaban), a relatively new way to thin the blood in patients suffering from atrial fibrillation (AFib) that doesn’t require the regular, ongoing monitoring inherent to warfarin. As noted in Reuters, “Both new drugs [Pradaxa and Xarelto] were designed to sidestep risks of warfarin, including brain hemorrhages and other dangerous bleeding, and become mainstays of a new therapeutic market worth at least $10 billion a year. Patients taking warfarin require close monitoring and regular blood tests as well as dietary and lifestyle changes.”* 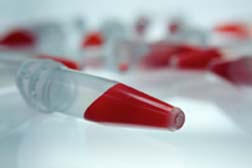 While the lack of need for continual monitoring may be considered a benefit of the newer generation anti-coagulants, Xarelto differs from warfarin in the lack of an effective antidote in the event of an unexpected hemorrhage; as a January 2014 FDA Xarelto Safety Warning** states, “A specific antidote for rivaroxaban is not available.” That fact has not been lost on a number of doctors: “Prominent U.S. heart doctors stress that neither new drug [Pradaxa or Xarelto] has a known antidote for a bleeding emergency, as warfarin does,” Reuters* reports.

LawyersandSettlements.com recently spoke with attorney David Koon on the matter. “[As the FDA Safety Warning states**,] there is no antidote for bleeding in Xarelto patients,” says Koon, who served as a legal advocate in the Judge Advocate General’s Corps (JAG) during military service and currently practices with the law firm Hughes and Coleman, in Kentucky. “That means it could be deadly??"much like what has come to light with Pradaxa with reports linking the drug to over 500 deaths.” ***

According to The New York Times***, “Pradaxa has been linked to more than 500 deaths in the United States, and a chorus of complaints has risen from doctors, victims’ families and others in the medical community, who worry that the approval process was not sufficiently rigorous because it allowed a potentially dangerous drug to be sold without an option for reversing its effects.”

A study† published this past December in JAMA Neurology found that an inherent benefit of a lower risk for an intracranial bleeding event was offset by a significant increase in gastrointestinal hemorrhages as compared with warfarin.

Once the bleeding starts, it is virtually impossible to reverse in most patients relying upon Xarelto as their anticoagulant.

According to the Reuters report, warfarin, marketed as Coumadin, has been the defacto standard* as a blood thinner for AFib patients at risk for stroke. Warfarin has long proven effective, and is also reversible in the event of an unexpected bleed. However, patients and the medical community have been searching for an alternative that does not require monthly monitoring, a tenet for warfarin use.

However Koon suggests the key to the issues surrounding Xarelto may actually be the fact that there is less need for monitoring. “The fact that it needs no regular testing is really the crux of the problem,” he says.

Xarelto is part of the newer generation of anticoagulants that includes Pradaxa??"which has been the target of lawsuits alleging liability and failure to warn (MDL 2385 In Re: Pradaxa (Dabigatran Etexilate) Products Liability Litigation 3:12-md-02385-DRH-SCW, US District Court, Southern District of Illinois). “Part of my job here is to look into the crystal ball and see what cases are going to be supported by the science,” says Koon, the former JAG. “I’m looking at the FDA information and some of the studies that have been done on this class of drugs, and we see a product that is going to be somewhat similar to Pradaxa in terms of litigation.”

Hughes & Coleman is based in Louisville, Kentucky.

LawyersandSettlements.com provides comprehensive legal news and critical information for those affected by once-in-a-lifetime situations involving medical device lawsuits, personal injury, defective products, California Overtime and labor issues or a host of others. Readers seeking legal help can request it by completing a form which is distributed to attorneys specializing in these cases. Trial attorneys utilize the site to keep abreast of hot legal issues and settlements as well as connect with potential clients.
Web: https://www.LawyersandSettlements.com".

More XARELTO News
Online Legal Media owns and operates websites providing information for the general public and the legal community. LawyersandSettlements.com, founded in 2001, is an online legal news publication with over 2.1 million visitors annually and hundreds of thousands of requests for attorney help from its readership. OnlineLegalMarketing.com serves as a portal for trial attorneys to network and market their firms to other legal professionals. HealthEffectsOfAsbestos.com offers resources for those suffering from asbestos exposure and mesothelioma. Online Legal Media is based in Santa Cruz, California.

All trademarks are the property of their respective owners.