Attorney: Why Would Patients Pay for Xarelto?

It may be early in the Xarelto litigation process, but that means there is still time for plaintiffs to file a Xarelto lawsuit and join the multidistrict litigation. Dr. Shezad Malik, founder of the Dr. Shezad Malik Law Firm, says the only real benefit to Xarelto over an older drug is the lack of blood monitoring, but compared with the added risks and the increased price, that benefit may not be as substantial as drugmakers claim. 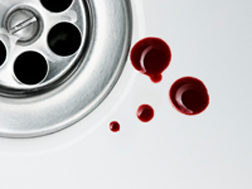 “Xarelto is one of the three newer, novel anticoagulants available on the market,” Dr. Malik says. “The first was Pradaxa, FDA-approved as of 2010, then Xarelto in 2011, and then Eliquis is the most recently released. These drugs all work by affecting coagulation pathways and thinning out the blood.”

For a long time, warfarin (known by its brand name of Coumadin) was the gold standard for preventing blood clots and strokes. The problem, however, was patients taking warfarin had to have regular blood monitoring to ensure they were staying within the therapeutic levels for the drug. Moving out of the therapeutic range meant having the dosage adjusted up or down, and monitoring blood levels meant regular visits to the doctor.

Because Xarelto and other direct thrombin inhibitors have a different mechanism for preventing blood clots than warfarin, they have been marketed as “one dose fits all” drugs, Dr. Malik says. This means patients do not require regular blood monitoring, giving the drugs an advantage over warfarin.

“Drug companies pushed Xarelto saying it was comparable to warfarin, but with no required blood tests,” Dr. Malik says. “All anticoagulants have a problem with blood thinning and risk of bleeding. The benefit of warfarin is that you can reverse the effects of warfarin with vitamin k concentrates or fresh frozen plasma. There is no such antidote for Xarelto and that’s the problem. If you start to bleed while on Xarelto, it’s difficult for doctors to reverse the effect and there are instances where patients have died or suffered severe bleeding injuries due to the lack of an antidote.”

Lawsuits have been filed against Bayer and Janssen Pharmaceuticals, makers of Xarelto, alleging the drugmakers failed to adequately warn about the risk and further alleging that the companies knew or should have known about the lack of an antidote. A multidistrict litigation with approximately 315 cases has been approved in the Eastern District of Louisiana under Judge Eldon Fallon (MDL No 2592). More lawsuits are expected as the filing process is streamlined.

More XARELTO BLEEDING EVENTS LAWSUITS News
“There is no benefit head-to-head with warfarin based on Xarelto’s risk profile,” Dr. Malik says.
“Why would patients pay $250 to $300 monthly for Xarelto as opposed to 50 cents a day for warfarin, and have no superior benefit to preventing strokes or blood clots while having the added risk of bleeding with no antidote? [Lawsuits allege] there was a lack of adequate testing, they tried to usurp the benefits of warfarin - which was tried and tested - and now Xarelto is one of the most complained about drugs concerning side effects with the FDA.”

Lawsuits have been filed on behalf of patients - or in the case of patients who died from their injuries, their loved ones - who suffered a severe bleeding episode such as bleeding in the brain or gastrointestinal bleeding requiring transfusion or hospitalization.

Litigation concerning Pradaxa involved almost 9,000 lawsuits in federal and state courts. Those lawsuits also alleged patients suffered uncontrolled bleeding and claimed the drugmaker, Boehringer Ingelheim, failed to adequately warn about the risks. The bulk of those lawsuits were settled in 2014.

If you or a loved one have suffered losses in this case, please click the link below and your complaint will be sent to a drugs & medical lawyer who may evaluate your Xarelto Bleeding Events lawsuits claim at no cost or obligation.
Request Legal Help Now

Posted by
Sal cusumano
on April 4, 2015
Physicians knew there wasn't any reversal agent available. It isn't like Coumadin can be reversed quickly either.