Rachel Finzi, 20, was an aspiring model that met a premature demise. She overdosed and died in the apartment of her psychologist on May 24, 2006. Now the family of the young woman is suing the psychologist, saying that his negligence and recklessness contributed to the wrongful death of Finzi.

The psychologist, Adam Feder, 40, was charged on February 26th in the death of both Finzi and another former patient, which was six days before the announcement of the lawsuit on Monday, March 3rd. 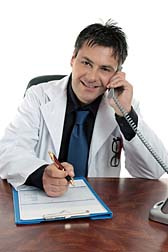 Police for Miami-Dade County say the 2006 death of Finzi was due to her taking more than 100 times the normal dosage of oxycodone while in Feder's apartment. Feder's specialization was in the treatment of substance abusers and he is charged with the trafficking of oxycodone. He is also charged with fraudulently acquiring a controlled substance.

How Feder acquired the drugs was by using the prescription pads of other doctors because clinical psychologists such as him cannot prescribe medication for patients. When Feder was asked by detectives about the prescriptions, he replied to them by saying he didn't have a good answer for the question.

The wrongful death suit, filed by attorney David Durkee for Coral Gables, also lists Compass Health Systems as a defendant. This is where Finzi and Feder met in 2004. The lawsuit alleges that Compass Health Systems should have been aware of two prior arrests for marijuana possession and never hired the doctor, which would have prevented him from meeting Finzi.

When Finzi and Feder met, she was 18 years old and a high school senior. Her boyfriend had been in a car accident that had put him in a coma and she was seeking treatment because of the traumatic event. When her boyfriend was injured, she was so upset that she was sick and very depressed. She would bring flowers to him and wait day after day for him to regain consciousness. As a result, Finzi was taken to Compass and was prescribed Zoloft, which seemed to make a positive difference in her behavior.

Finzi then went on with her life. She was a waitress at the Roundup Country Western Club and began going to college at Broward Community College because she wanted to later start studying law. She also did a few things here and there in modeling.

However, she had begun a sexual relationship with Feder, which violates the ethics code that psychologists are supposed to abide by. When her parents found out about the relationship, she continued seeing him although they protested it. The lawsuit alleges that Feder took advantage of Finzi's vulnerability and insecurities. The lawsuit further alleges that he would take her to his home and supply her with prescription drugs and marijuana. Such prescription drugs were Adderall, Percocet, Wellbutrin, Xanax, Loracets, oxycodone, and Percocet. These drugs had nothing to do with her psychological treatment.

More News
The lawsuit states that on May 23, she went to his apartment where he tried breaking up with her. In an emotional fit she swallowed the pills. The arrest report says she writhed for a period of 24 hours in front of Feder while he did nothing to help her. Feder, however, states that he did nudge her to make her move while she was sleeping.

On Monday, Finzi's family remembered her as the animal lover and beautiful person that she was. She cared for the innocent and put many others above herself. If she saw an animal in distress, she could not resist from helping that animal just as she could not leave her boyfriend's side when he was lying there in a coma.

By Ginger Gillenwater
READ ABOUT THIS LAWSUIT