More WRONGFUL DEATH News
The city of Atlanta has offered $4.9 million to settle a wrongful death lawsuit with the estate of a 92-year-old woman who was shot and killed by police during an illegal raid of her home. 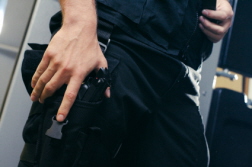 In November 2006, police, acting on a tip from an informant, executed a "no-knock" warrant on Kathryn Johnston's home to conduct a drug raid, according to the Atlanta Journal-Constitution. Johnston grabbed a gun and fired one shot before she was killed by police officers. When the cops didn't find any drugs in the home, they planted some.

After an extensive investigation three police officers pleaded guilty to violating Johnston's civil rights and were sentenced to federal prison. A number of other officers were variously convicted of crimes, fired or disciplined in regards the illegal raid.

"Clearly a terrible wrong was committed in this tragic case. In the end, the city was forced to step up and right this wrong, as well as can be under our system of laws," said Dozier's attorney. "It is always gratifying to be on the side seeking and receiving justice."

If you or a loved one have suffered losses in this case, please click the link below and your complaint will be sent to a civil & human rights lawyer who may evaluate your Wrongful Death claim at no cost or obligation.
Request Legal Help Now

Click to learn more about LawyersandSettlements.com
LawyersandSettlements.com - A trusted, independent legal news provider bringing quality news and information on all legal cases and lawsuits filed in United States of America to its readers since 2002. Over 250,000 legal help requests including Civil & Human Rights Cases have been forwarded to lawyers all across to the country.