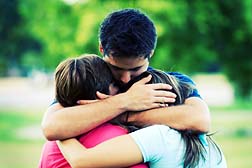 Joan Baruffaldi, 45, was on holiday earlier this month in the Caribbean with her husband Robert Harris when she was found hanging in her hotel room on the Caribbean Island of St. John. According to a report in the November 28 issue of the Boston Globe, a medical examiner from the US Virgin Islands ruled that the cause of death was suicide.

However, the case remains under investigation. Baruffaldi's family has alleged a violent past between Baruffaldi and her husband and has accused Harris of killing her. The Baruffaldi family filed a wrongful death lawsuit in Middlesex Superior Court on November 27.

Harris denied any role in his wife's death and reportedly told authorities that the couple was actively trying to make their marriage work.

According to the Boston Globe, Baruffaldi's estate is worth millions and includes real estate holdings in Maine and Florida.

More WRONGFUL DEATH News
An attorney from Boston, David W. Eppley, was named by the Essex Probate and Family Court as special administrator of the multi-million dollar estate. The victim's husband was originally named as co-executor of the estate together with another attorney from Boston, but both were removed from that role by Essex Probate and Family Court Judge John Cronin, who also rejected the appointment of the victim's sister as executer.

While the Baruffaldi family's view of the court-appointed special administrator is not known, the Harris camp is said to be supportive and satisfied with Eppley's objectivity.

Eppley is debating whether or not to order a second autopsy, as requested by the Baruffaldi family as part of their wrongful death lawsuit.

The Boston Globe reports that the court-appointed special administrator has only begun to review the Baruffaldi estate and has yet to make a decision with regard to a second autopsy.

The defendant's lawyer, meanwhile, says that his client is grieving the loss of his wife and reiterates that he had nothing to do with her death.