Rescuers and family members hoping that the final four miners not accounted four after a coal mine explosion at the Upper Big Branch coal mine might have survived the ordeal had their hopes crushed, when it was determined that the four did not survive. The mine explosion was the worst US coal mining disaster since 38 people were killed in 1970. 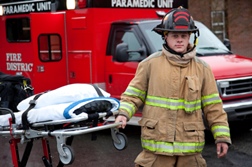 According to the Associated Press (04/10/10), the mine has a history of safety violations. Congress will reportedly hold hearings into the disaster.

Rescuers were prevented from getting to the miners by poisonous gases and thick smoke. Following the explosion, 25 men were known to have died and two men survived, with the four being unaccounted for. Although family members hoped the four had found safety in the refuge chambers, none of the refuge chambers were used.

More Wrongful Death News
Questions have now been raised about whether or not the Mine Safety and Health Administration is effective. The New York Times (04/10/10) reports that the Administration levies small fines and fails to collect them for years, lacks subpoena power and has weak criminal sanctions. Furthermore, mine owners have the ability to contest violations, which helps delay paying fines and delays further scrutiny.

This results in few mines being cited for "a pattern of violations," which would allow for stricter oversight of the offending mines.

According to The New York Times an inspector was at the Upper Big Branch mine on Monday, April 12, 2010. He issued two citations. That afternoon, the mine exploded.

The cause of this most recent mine explosion is under investigation.
READ ABOUT Wrongful Death LAWSUITS

Click to learn more about LawyersandSettlements.com
LawyersandSettlements.com - A trusted, independent legal news provider bringing quality news and information on legal cases and lawsuits filed in the United States of America to its readers since 2002. Over 650,000 legal help requests including Employment Law Cases, and Personal Injury Cases have been forwarded to lawyers all across to the country.