Ken Williston used to work for Beverly Living Centers (part of Golden Ventures LLC), an Arkansas and California-based private equity firm. Beverly owns and operates over 400 nursing homes, assisted living centers, and hospice/home care facilities throughout the US. Williston, as whistleblower against the firm, was fired—illegally.

Williston (not his real name pending possible legal action) was Beverly's director of operations for a midwestern state. He says, "I was the representative of the national office. I would assist the nursing home administrators in meeting the company's goals, clinically and financially.

"Every week we would get updates from the centers about their expenses, changes in conditions, and so on. They were also required to report on their hospice patients. I found out that Beverley was pushing the hospice patients' families to use SeraCare, which is a Beverly-owned hospice service. They pushed the families to use Sera Care, and they tried to eliminate family choice. 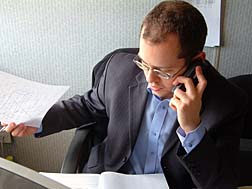 "I've been a licensed nursing home administrator for 24 years. To keep your license, you must be knowledgeable of nursing home law. Nursing home law states that a company cannot self-refer the way Beverly was doing, because there are federal and state dollars involved—Medicare and Medicaid.

"I mentioned this to my immediate superior and to the company's compliance officer, but didn't hear anything back... and then lo and behold, 30 days later I was out of a job.
"They said that I was involved with a company called Prime Source Health Network that provides services to 485 nursing homes in the state. Before I came on board, every Beverly home in the state used Prime Source. By coincidence, I had been casual friends with the senior vice president Prime Source before I even worked with Beverly. So they concocted a story.

"There was a local physician in the state who had lost his contract with a Beverly nursing home when they made a change to Prime Source. This doctor was upset and he blamed the change of service on me.

"He contacted the compliance officer and claimed that I had coerced the nursing home administrator to switch to Prime Source, which is the farthest thing from the truth. I've always backed the administrators when they make decisions for patient care. Beverly accused me of trying to benefit from that, which was a flat-out lie.

"I was being accused of doing what Beverly had been doing all along. So I'm the fall guy. When I put two and two together, I filed a statement with the compliance officer—who never called back." The president of Prime Source also wrote to Beverly indicating Williston's innocence, as well as the inaccurate statements the doctor, a former employee of Prime Source, had made—"He steered his anger at me, but even with all that evidence, their decision stood.

"I was out of a job, I had to move back to Ohio. It's affected my life financially and emotionally. They don't care, they're just... whatever.

Since losing his job in May 2007, Williston has gotten by with part-time consulting work for a fraction of what he was earning before. He says, "The nursing home industry is a large industry, but it's also a small industry, so if you stand up for what you believe, you can be blackballed. It's amazing what goes on behind the scenes.
"I've consulted with a couple of attorneys—and they, of course want a retainer. I have two daughters in college. I don't have five or six thousand dollars to spare, so nothing's been filed."

More News
Williston sees his experience with Beverly as one fallout of a growing trend for nursing home companies to be acquired by private equity firms. Beverly was a publicly owned company until 2005, when they were acquired by Fillmore Capital, a private equity investor. Williston says of Fillmore Capital, "They don't know anything about long-term care, but they call the shots. They've cut their overhead by ten to fifteen percent to increase their income.

"They cut their overhead and by the time the regulators catch up with them, they've sold the facilities and there's a new owner—they flip the homes and make money on both ends at the patients' expense." A recent article in the [New York Times] ("At Many Homes, More Profit and Less Care") vividly describes the consequences of this practice.

Williston says, "It's all about family choice, patient choice. That's what it's all about. By law, the family has the right to choose their hospice care and home care. I raised that point with management, and that's why I'm sitting here now."