More News
Whistleblower rights activists have rallied around a local nurse who wrote an anonymous letter informing the state medical board of what she perceived as a unsafe medical practice. She faces a 10-year prison sentence for alleged "misuse of official information." 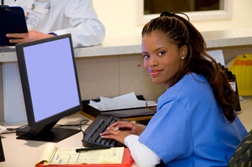 Anne Mitchell was working for Winkler Memorial Hospital under Dr. Rolando Arafiles Jr. In her official complaint, Mitchell cited a failed skin graft that Arafiles had performed without surgical privileges, during which he sutured a rubber tip to a patient's finger. She also reported a series of emails the doctor had been sending to his patients about an herbal supplement that he sold on the side.

Arafiles fired the nurse after reporting her to the local sheriff, a good friend of his, for attempting to ruin his reputation. Mitchell's computer was searched, and she was charged with misuse of official information - a third degree felony in Texas under an abuse-of-power statute, according to ABC news.

The suit has caused an uproar in state and national nursing agencies, who fear the suit could limit whistleblower protections in the healthcare industry.

"This would be a true implosion for the nursing profession because nurses may think twice about what they report," said Gwen Agabatekwe, a representative of the National Nurses Association, in a statement to ABC News.

If you or a loved one have suffered losses in this case, please click the link below and your complaint will be sent to a drugs & medical lawyer who may evaluate your Whistleblower claim at no cost or obligation.
Request Legal Help Now

Click to learn more about LawyersandSettlements.com
LawyersandSettlements.com is an online news and information site for the general public and legal community. As a legal news resource, we have emerged as an independent & trusted voice. We provide detailed and quality information on various lawsuits filed including Drugs & Medical Cases, Malpractice Cases, and Whistleblower Cases.