A whistleblower has allegedly accused the toxicology lab of falsification of information involving breathalyzer tests both voluntary and involuntary. Amid the allegations the head of the Washington State Patrol Lab Bureau, Barry Logan, has stepped down from his position. This is an alleged mutual agreement between Logan and the lab. The lab is potentially seeking a different type of leadership, although it lauds the effort that Logan put into the lab since 1999. Barry Logan's alleged resignation will commence on March 14, 2008.

The whistleblower incident allegedly began in the summer of 2007. Ann Marie Gordon who was then a lab manager within the toxicology department was allegedly accused of falsification of samples that were an element of drunken driving breathalyzer tests. One prosecutor refused to launch perjury charges against Ms. Gordon alleging there was no proof that she willfully made a false statement under oath. 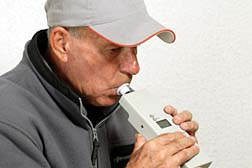 Since the incident, allegedly many judges within King County have agreed with one another that lab work regarding the breathalyzer tests have taken too many shortcuts with the test. The shortcuts, in the judges' alleged opinion render the tests useless in the cases. Due to this alleged incident, those accused of drunken driving incidents may be able to appeal if any of this evidence was used in their case. However, prosecutors have the ability to utilize other evidence such as field sobriety tests and proven erratic driving to reach a conviction.

Many alleged failings were listed to be culprits of the reports: untrue certification for verification of breathalyzer tests, incorrect overturning of data, inadvertently switched data, and entrusting software which incorrectly calculated necessary data. Once the lab has proven it has employed better practices it may be able to readmit the breathalyzer tests as evidence.

Three counties total have allegedly had misgivings as to the validity of the lab testing. One country allegedly threw out tests in as many as forty cases. Another country allegedly said that the trouble at the lab is unsettling, but it isn't jumping to any conclusions just yet.

More News
The Washington lab received its first accreditation nearly twenty five years ago in 1983. It was reaccredited in 2005. In the fall of 2007 the Washington toxicology lab received its most recent accreditation. There has allegedly been two outside audits of the lab and one within the lab itself. Officials are working on devising viable solution on how to amend aspects of procedures for reporting results and treatment of evidence. There is the possibility that alleged thousands of the tests have been called into question. However, only around one hundred thirty DUI cases are allegedly affected by the incident. Officials are striving to bring accountability and credibility back to the lab through the investigations and suggested changes to be implemented regarding breathalyzer tests. The new bureau director will not also hold the title and role of state toxicologist at this time. Fiona Couper has allegedly been accepted to fill the position of state toxicologist on March 10, 2008. A national search is allegedly being conducted to seek out a new bureau director.