After nearly seven years in court, Trevor Murray prevailed in his whistleblower lawsuit against UBS Securities, his former employer. The latest flurry of activity is an after-the-fact attempt by UBS’s attorneys to reduce the firm’s financial liability. No harm, no foul. It’s simply what diligent lawyers try to do. 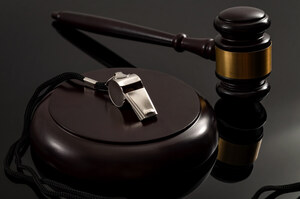 But the top line for employees who see what they believe is legal wrongdoing at work remains the same. Employees are protected from retaliation for acting in good faith with federal authorities to protect the interests of the public. Murray’s story relates to one particular area of federal securities laws, but it illustrates a larger point.


Murray actually had two employment stints at UBS. The first lasted from about May 2007 to September 2009. At the time, he focused on commercial mortgage-backed securities (CMBS). He was let go in a reduction in force prompted by the 2008 financial crisis. He went back to work for UBS in 2011.

The second time around, he worked as a CMBS Strategist within the Mortgage Strategy Group. He wrote research articles about the CMBS market and dealt with clients. His job, as he understood it, was to produce actionable information. However, he came to believe that he was being pressured to misrepresent his research in order to support UBS’s business priorities.

He was fired in 2012. He complained that he was fired for whistleblowing to his supervisors about illegal efforts by the company to sway his independent research analysis.

He ultimately brought lawsuits under the Securities Whistleblower Incentives and Protection provisions of the Dodd-Frank Wall Street Reform and Consumer Protection Act of 2010 (Dodd-Frank) and the Sarbanes-Oxley Act of 2002 (Sarbanes-Oxley).

Although they differ somewhat, both of these statutes are intended to protect investors in financial markets from fraud. Both laws contain provisions that protect whistleblowers who report fraud or financial violations.


There are many whistleblower protection laws:


Sarbanes-Oxley created sweeping auditing and financial regulations for public companies. The goal was to protect shareholders, employees and the public from accounting errors and fraudulent financial practices.

More WHISTLEBLOWER News
Auditors, accountants and corporate officers became accountable for the new set of rules. These rules were amendments and additions to several laws enforced by the SEC. In the wake of the Enron scandal, the SEC sought to regulate financial reporting, internal audits and other business practices at publicly traded companies.

Section 806 of Sarbanes-Oxley  protects whistlelowers who report conduct that they reasonably believe constitutes wire fraud, mail fraud, bank fraud, securities fraud, or a violation of any rule or regulation of the SEC, or any provision of federal law relating to fraud against shareholders. Some Sarbanes-Oxley whistleblowers have obtained substantial recoveries, including jury verdicts.
The whistleblower who risks his or her career, like Trevor Murray, deserves public credit and the chance to become financially whole. The larger benefit is, of course, to public confidence in the financial markets.