Auditor alleges PricewaterhouseCoopers fired him for filing a whistleblower lawsuit, which is a violation of the California Labor Law.

Former senior manager of PricewaterhouseCoopers claims he was fired in retaliation for a whistleblower claim he made to the U.S. Securities and Exchange Commission (SEC). Mauro Botta was an auditor at the behemoth auditing company for almost two decades until he was fired in 2017. 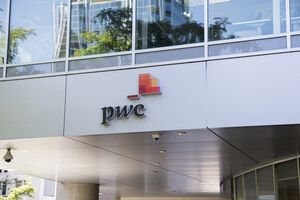 
Botta filed the whistleblower lawsuit in 2018, claiming that PwC terminated him the year before in retaliation for lodging the complaint to the (SEC). In his report, Botta said his superiors “went easy” on audits so their clients would be happy. His lawsuit claims that, “PwC had compromised its independence by acquiescing to client requests that Botta be removed from various audits. Botta has asserted that in doing so, PwC put profits and client retention ahead of independence and professionalism,”according to Law360. Along with seeking reinstatement with PwC he is asking for $5 million in damages for back pay, lost earnings and emotional distress.


PwC claims that Botta’s lawsuit stems from vengeance, that it stands behind its audits for the tech companies in question, and that it rightly terminated a whistleblower.

Further, Botta “had long-brewing resentment over not being promoted and that his unhappiness at the firm prompted him to declare war on PwC,” said the defense attorney.


The bench trial started on February 22. Botta’s attorney said that when he began "to uncover inconvenient truths for PwC's clients," the company tried to sweep those accounting issues under the rug. Botta was told to do his job but “not too well” and then fired him after he filed a complaint with the SEC. Botta testified – via Zoom – that he had reason to believe a PwC client failed to report in its quarterly SEC filing that it had placed $400,000 in an off-shore bank account after being victimized by a phishing scam. As well, Botta figured this tech company didn’t properly report its relationship to a startup company. According to Botta, PwC‘s response to his concerns were that the company “was just a little sloppy, that they were good people, and that they were not different from many other companies in [Silicon] valley.” Botta was then told by the company’s CFO to stop the audit, despite him following PwC protocol.

The Market for Auditing Services


Perhaps in Botta’s defense, the online site Going Concern reported a 2019 study titled “Don’t make me look bad: How the Audit Market penalizes Auditors for Doing their Job”. It basically reveals that clients don’t want audit firms with hard-ass reputations. The research documents how the audit services market penalizes audit firms for disclosing information critical of management in their audit opinions and that audit firms that find internal control material weaknesses experience lower client and fee growth. In other words, clients really don’t like their auditors calling them out on their poor financial reporting. And the researchers included the whistleblower lawsuit Botta v. PricewaterhouseCoopers as an example of their findings.

It gets complicated. According to whistleblower lawyer David Mair, PwC may be justified in terminating Botta if the judge decides that he also took part in misconduct (if there was any misconduct in the first place), despite California’s whistleblower laws that protect external auditors. Mair told Bloomberg News that, “No matter how important a client may be, the accounting and auditing profession has legal obligations to both raise concerns regarding client conduct if that client is publicly traded and also not punish the whistleblower internally who flags these concerns.”