A Washington Employment Case With a Twist

This is a Washington Employment story with a twist. And yes, it includes overtime. But here's the rub. Instead of an employee doing the extra work and not getting paid for it, instead he balked at getting overtime for work he had not performed. In fact, it appears there were several problems with the US Border Patrol office to which he was assigned: too many staff, not nearly enough to do, and somehow overtime was allegedly being claimed, and paid in spite of it all. 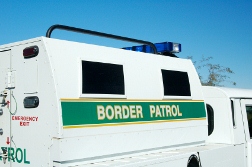 Washington State employment laws, like those in most other states, hold that employees receive a fair wage for a fair day's work, are provided appropriate meal and rest breaks, and those not exempt are paid a higher rate computed at straight time plus one-half for any hours worked beyond a standard work day.

Many a lawsuit has been filed alleging violations of Washington employee rights.

However, in this somewhat bizarre case, a Border Patrol Officer reportedly decided to stand up for the rights of the taxpayer, incurring certain risks of his own in so doing…

As articulated by a release from the Government Accountability Project (GAP, 10/24/12), Christian Sanchez was employed as a border patrol officer at Port Angeles, Washington. A devout Christian, the God-fearing Sanchez was troubled by what he saw while stationed at Port Angeles, Washington. When he had an opportunity to present to Congress, in July of last year, he disclosed there was little work to keep a staff of 40 persons occupied. Most of the time, the employees would pass the time taking long coastal drives, amongst other activities that allegedly included harassment of visible minorities.

Sanchez, it was reported, was equally troubled when the entire crew allegedly began receiving overtime pay in an apparent total mockery of Washington employee rights. Unable to justify the extra money in his own conscience, Sanchez is reported to have refused the overtime, as he had done nothing to earn the extra pay, and held he would be cheating taxpayers if he did so.

More WASHINGTON EMPLOYMENT LAW News
Following his presentation to Congress, it is alleged that Sanchez suffered retaliation by others in his unit, including not being assigned any meaningful work, putting Sanchez and his family under constant surveillance, ordering him to undergo repeated and random drug tests, and subjecting him to public ridicule.

It was reported in the GAP release that Sanchez was stripped of his role as agency chaplain.

The matter was finally put to rest by way of a mediated consensus review. Sanchez was reassigned to a post of his choosing, his record was cleared and his eligibility for duties as a chaplain restored.

Sanchez's Washington Employment lawyers said it was a good and decent resolution for a man who is devout in his faith, and only wanted to do the right thing.

It is not known what happened to the office management, or the other border patrol staffers in that particular office who were collecting overtime when there was allegedly no work to justify the expense, according to tenets entrenched in Washington Labor Law.