A two-car collision involving an SUV and a smaller car has left one person dead and injured another. Thirty-year-old Sara Cornis of Seattle was killed in the Washington car accident, which occurred on August 1 on Highway 20 near Minkler Road, about five miles east of Sedro-Woolley. 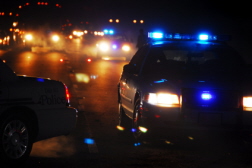 According to Washington State Patrol, the victim was driving westbound on Highway 20 when her 2000 Honda Civic crossed the center line of the highway and collided head-on with an eastbound 2001 Chevrolet Tahoe. The driver of the SUV, Fred Swayzer Jr., 48, of Oak Harbor was not injured. Tracy Swayzer, 46, a passenger in the Tahoe, was treated at United General Hospital in Sedro-Woolley, although there was no word as to the extent of her injuries.

More WASHINGTON CAR ACCIDENT News
A second passenger in the Tahoe—a four-year-old boy from Oak Harbor, was not injured. He was presumably riding in the backseat in a child restraint.

Sara Cornis, driving the much smaller Honda Civic, did not survive. The Skagit Valley Herald reports that Cornis died at the scene.

The accident happened on the afternoon of Sunday, August 1. There was no word as to weather conditions at the time of the Washington state car accident, or why the car crossed the center line of the highway.

Drivers have been known to fall asleep during a long drive, or while coming home from shift work. Personal communication devices such as cell phones have also been found to divert drivers' attention away from the road at critical times.

So far there has been no cause established in the Washington car crash, and the matter remains under investigation.

If you have suffered losses in this case, please send your complaint to a lawyer who will review your possible [Washington Car Accident Lawsuit] at no cost or obligation.
Request Legal Help Now

Posted by
Paula R
on December 28, 2010
The accident happened because as Sara came around the blind corner of Hwy 20 where it intersects with Minkler Road, a car was stopped and waiting for traffic to clear in order to take a left-hand turn onto Minkler Road. Sara slammed on her brakes to not rearend the waiting car, she fishtailed and lost control of her vehicle which swerved into oncoming traffic. She was t-boned by a SUV pulling a boat. She was not on her phone (it was later found in her purse in the backseat) at the time of the accident - the accident happened because of the blind corner and inadequate signage or road safety measures. There have been many accidents at this intersection, and several fatalities, including my dear friend who was a social worker who worked with homeless youth. This intersection needs to be fixed before others lose their lives.