Last month’s release of the Vytorin IMPROVE-IT study brought positive attention to Merck, whose drug has been under fire thanks to reported Vytorin side effects and concerns that Vytorin was no more effective than a statin on its own. But there are still concerns about Vytorin, and it should be noted that previous studies have not always found benefit to Vytorin. 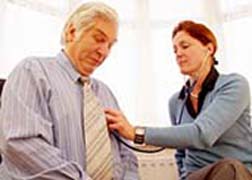 The results of the IMProved Reduction of Outcomes: Vytorin Efficacy International Trial (IMPROVE-IT) were released with press coverage on November 17, at the American Heart Association’s annual conference. But the study itself has so far not been published in a peer-reviewed journal, meaning experts outside the study have not had the opportunity to examine the study design, data obtained and results. That does not necessarily mean that there is anything wrong with the study or its results, but it does mean that the study, which was funded by Merck, has not had to withstand outside scrutiny.

Despite the fanfare, however, the actually results show only a modest improvement when patients take Vytorin over simvastatin alone, and taken with previous studies that showed no improvement at all, the picture is still unclear regarding Vytorin’s effectiveness.

More VYTORIN News
For example, the ENHANCE trial, published in The New England Journal of Medicine, (4/3/08) found that although adding ezetimibe to simvastatin did lower levels of LDL cholesterol in patients, it did not reduce the patient’s arterial intima-media thickness, used to assess the progression of atherosclerosis. In other words, a reduction in cholesterol levels did not translate into a slowing of the progression of atherosclerosis. Meanwhile, the ARBITER 6-HALTS trial was stopped early after an interim analysis showed niacin was superior to ezetimibe in reducing carotid intima-media thickness.

Merck has already settled one lawsuit related to its handling of study data. In February 2013, the company agreed to pay $688 million to settle claims that the company delayed the release of negative study results, causing harm to investors. According to the New York Times (2/14/13), lawsuits filed against Merck and Schering-Plough alleged the companies knew for almost two years that the ENHANCE trial showed Vyotrin was no more effective than a statin drug alone at preventing plaque buildup.

Although Merck settled the lawsuits, it did not admit wrongdoing.