The US Food and Drug Administration (FDA) and the European Medicines Agency (EMA) may have agreed that there isn’t a lot to talk about with regard to Victoza side effects. To wit, the two health regulators have parked any provocative concern over pancreatitis and precancerous changes to the pancreas with regard to Victoza and other drugs in the incretin mimetics class. But that hasn’t stopped lawsuits brought by plaintiffs alleging Victoza and other similarly classed drugs did in their pancreas. And now the FDA is investigating another drug in the class over a concern for heart failure. 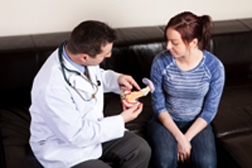 Confused? Well, no one ever suggested the pharmaceutical industry was anything but complicated.

The FDA and the EMA have both been studying the possibility of Victoza cancer, with the EMA the first to sign off on Victoza and incretin mimetics as being a non-issue when it comes to concern over the pancreas. Not surprisingly, the FDA adopted a similar stance, with both agencies participating in a joint article published in the New England Journal of Medicine (NEJM, 02/27/14).

“Both agencies agree that assertions concerning a causal association between incretin-based drugs and pancreatitis or pancreatic cancer, as expressed recently in the scientific literature and in the media, are inconsistent with the current data,” the agencies said, adding that current labeling for the drugs reflects the current awareness of risks to the pancreas.

However, it should be noted that the agencies, in formally releasing their findings, did not consider their current position as a final assessment. To that end, conclusions reached by the two agencies in the summer of 2013 were described as “tentative,” and that no firm causal link was found between Victoza and cancer, as well as similar concerns with the class overall.

The key word is “firm.” Here’s what else the FDA/EMA joint statement had to say: “Although the totality of the data that have been reviewed provides reassurance, pancreatitis will continue to be considered a risk associated with these drugs until more data are available.”

Such talk is no surprise to the hundreds of plaintiffs who have filed a Victoza cancer lawsuit, currently consolidated in RE: Incretins Products Liability, Sales and Marketing Litigation, MDL 2452, US District Court, Southern District of California.

And while the FDA and EMA continue to sit on the fence, it was almost a year ago that the Institute for Safe Medicine Practices (ISMP), in April 2013, reported that the FDA had received no fewer than 263 reports of pancreatitis, 71 cases of pancreatic cancer and 14 incidents of thyroid cancer among patients taking Byetta during a single 12-month period. The link here is that Byetta and Victoza are in the same class - both are incretin mimetics - although the FDA and EMA continue to state that risks for Victoza Pancreatic Cancer and Victoza Thyroid Cancer indeed remain a possibility, although the agencies cannot conclusively prove a causal association.

The ISMP isn’t quite as comfortable with fence sitting, noting that incretin mimetics - including Victoza - were far more likely to be associated with pancreatic cancer when compared to other diabetes drugs.

More VICTOZA CANCER News
The FDA, while it has pretty much signed off on Victoza side effects, last month issued a Safety Communication (2/11/14) with regard to Onglyza (saxagliptin), following the publication of a study in NEJM (10/3/13) that found a slight increase in hospitalizations for heart failure amongst patients taking Onglyza. The latter is also a member of the incretin mimetics class.

Should you be concerned about Victoza side effects? The FDA and EMA position remains: well, perhaps but maybe not, and we’re not sure. Plaintiffs in many a Victoza lawsuit suffering from Victoza Cancer beg to differ. Here’s hoping, if you’re a diabetic, you never have to find out the hard way…