A new study by researchers in Italy suggests a link between Victoza and pancreatitis. The study, which appears to confirm previous findings about Victoza side effects, examined adverse drug reactions linked to drugs in the incretin mimetic group, a class of drugs that includes Victoza. 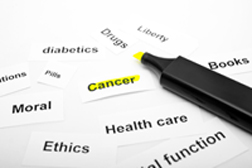 The study was published in the journal Expert Opinion on Drug Safety (11/13/13). Researchers examined adverse drug reactions to drugs in the incretin memetic group, a class of drugs used to treat type 2 diabetes. Specifically, researchers examined the reports of adverse drug reactions made to the Italian Spontaneous ADR Reporting Database. They found that as of December 2012, there were 2,443 reports of adverse drug reactions to hypoglycemic drugs (not counting insulin). Of those, 1,169 - or 48 percent - involved incretin mimetics. Of the reports concerning incretin mimetics, 90 reports concerned pancreatitis and another 46 concerned elevated pancreatic enzymes. Thirty-four of the 90 cases of pancreatitis were serious.

“Our data from the daily clinical practice add up and confirm the information available on the association between incretin-mimetics and pancreatic damage and suggest caution in the prescribing of these new drugs and a close monitoring of exposed patients,” researchers concluded.

Pancreatitis is not the same as pancreatic cancer, but it has been suggested as a precursor to pancreatic cancer. Some studies have suggested a link between increctin mimetic medications and pancreatitis while others have found no such link. These contradictory findings have led to disagreement in the medical community over whether or not the benefits of incretin mimetics outweigh the negatives.

More VICTOZA CANCER News
In a Point-Counterpoint on the topic, published in Diabetes Care (online, 5/3/13), William T. Cefalu, Editor in Chief of the publication, noted concerns regarding acute pancreatitis, and potentially, pancreatic cancer, but recognized that there are experts who advocate for incretin mimetics and their benefits.

In his section arguing against the use of incretin mimetics, Dr. Peter C. Butler noted that pancreatitis is “well known to predispose to pancreatic cancer,” before arguing that it should be up to the pharmaceutical companies to prove a medicine’s safety.

“A new class of antidiabetic agents is rushed to market and widely promoted in the absence of any evidence of long-term beneficial outcomes,” Butler argues. “Evidence of harm accumulates, but is vigorously discounted.”

Posted by
Rachel Scott, Informa Healthcare
on January 2, 2014
Informa Healthcare would like to provide free access to the Expert Opinion on Drug Safety article 'Incretin-mimetics associated pancreatitis' mentioned above.