When William complained about stomach pains Alice B. took her husband to the VA hospital on several occasions, but he was sent home with heartburn medicine. Finally she took him to a civilian hospital: the diagnosis was pancreatic cancer and the diagnosis for the VA hospital was Veteran Medical Malpractice: the cancer clinic said it was too late for treatment.

"William started getting stomach pains in August of 2007 and I took him to the VA hospital several times for the same complaint," says Alice. "That went on for about four months but they told William that he "just had gastritis". 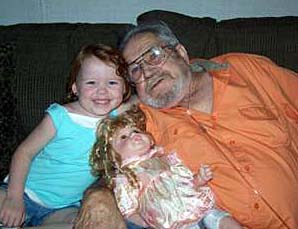 When he got really bad, about two months before he died, the doctors at the VA hospital finally did a CT scan and found a 'pseudo cyst'. I had not idea what that meant so I looked it up on the internet's medical pages and read that it was a fake cyst; something was there but they weren't sure. The doctors said they would check it again in a few months.

But William was hurting really bad so I took him to my family doctor. He said another CT Scan was needed, but this time at a private facility so we got that done. Before I got home that very day, they had called and said William had pancreatic cancer. They told me to get all the records I could because there had to be a needle biopsy done so I went back to the VA and in the middle of all this, the VA wanted him to have a colonoscopy done right away but they didn't have doctors on staff to do it so they told me to take him to another specialist. But when the specialist saw the results of the CT Scan from the private clinic, he said there were things going on that were more important and it wasn't necessary.

I went back to the VA and the doctor said the results of this CT Scan didn't mean anything! My sister is a nurse and she kept all the medical records and documents. I had the paperwork from the gastrointestinal doctor that said his cancer count was over 8,000. (Apparently a normal range is supposed to be no more than 200 —which means you don't have any cancer.) 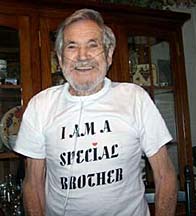 Then the VA decided to send him to Chapel Hill, NC to do a needle biopsy. It is a civilian hospital and William was transported back to the VA by ambulance. This was in November. Because the VA brought him back, it was clear that they were supposed to take care of the bill.

Yesterday in the mail I got a letter from the hospital in Chapel Hill and they took part of my tax refund to pay for the biopsy. I just called the VA hospital and evidently they didn't take care of the paperwork and only filed his medicare. The VA is supposed to pay for all of it.

WhenMy husband was 72—he was healthy and athletic and the doctor said he could have lived another 10 years, if not for this cancer.

More News
I've got to the point where I can't talk about it without crying. When we got the results of the biopsy, he went to the cancer clinic right away-—he had hope. But they said it was too late, there was nothing they could do to help. William also lost 75 lbs in three months. You wouldn't believe how he looked—it was so terrible.

Before we knew it, the end was there. We only knew for a few weeks exactly what it was, after I took him to my family doctor. I know there is no cure for pancreatic cancer but he wasn't treated right from the beginning with this awful disease. I had to beg the VA to get a needle biopsy, because no cancer doctor would do any kind of treatments until we had it. Finally, about six weeks before he died (still thinking it was gastritis) they sent him to Chapel Hill for the biospy. I am so mad at how he died, still thinking it was not cancer till the very end. The VA should have to pay in some form or another."