James Hendryx served in Vietnam with the 11th Armored Cavalry; when he underwent emergency surgery for colon cancer in March 2006, though, the Veterans' Administration circled the wagons over covering his costs. If they VA had had its way, Hendryx would have paid more than $40,000 out of pocket for their own malpractice just a few months earlier.

In October 2005, Hendryx's VA physician sent him to the VA hospital in San Francisco for a colonoscopy. While he was there, Hendryx says, a technician convinced him to have a less invasive sigmoidoscopy, which examines only the lower part of the colon.

The sigmoidoscopy went normally—but it failed to detect a tumor in Hendryx's colon. In March 2006, he was rushed into emergency surgery at Mad River Community Hospital in Arcata, CA; he had become anemic and lost two-thirds of his body's blood supply due to the tumor. His surgeon, Dr. Luther Cobb, says, "It seemed to be an open and shut case. He clearly needed to have it done." 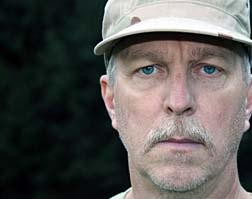 That's why Hendryx was shocked when he submitted a claim for over $40,000 in medical costs to his VA medical insurance. "We sent them the bills and the letters," he says, "and the doctors and social workers and stuff sent me letters back saying, 'No, this is denied. This is not acceptable by our standards at the VA.'"

The reason? According to the VA's denial-of-coverage letter, "Patient refused full colonoscopy against the recommendation of our staff, the request for payment is denied." Dr. Cobb has his own take on that. He says, "He showed up at their facility and got a test that didn't make the diagnosis. They didn't follow it up. They missed the call." It's called malpractice, and the VA was responsible. The trouble was, they didn't see it that way.

The next year was a rough one for Hendryx and his wife Juanita as they fought to convince the VA to reverse their decision. He says, "We try to pay our bills, and I didn't have any way of knowing how I was going to pay up to $50,000 in medical bills. I was a little worried. I was afraid of losing everything we had over this." To add to the stress, Juanita Hendryx says, "He's all I have. He's my whole life. I live in a wheelchair and I have to depend on him."

More News
Dr. Cobb describes Hendryx's ordeal as "one of those outrageous insurance stories you just have to see to believe." He thinks that the denial of Hendryx's claim was part of an effort by a financially strapped VA to save money. That strain is in large part due to the unanticipated costs of treating the many, many physically and psychologically maimed GIs returning from Iraq and Afghanistan.

Ultimately, the media rescued Hendryx from his predicament; Juanita Hendryx contacted a local TV station's "On Your Side" correspondent, who splashed the story across the tube. One day later, the VA agreed to honor Hendryx's claim in full. Four months later, his claim was paid.

Seemingly a happy ending, but James and Juanita Hendryx will never get back the 20 months they spent struggling against the VA to get what was due them. And who knows how many more like him have never had their stories told?