To say that Mark D. is mad that his mother's money was put in variable annuities would be a massive understatement. He is furious that a financial advisor took advantage of his mother for the commission associated with a variable annuity sale, denying his elderly mother access to money she desperately needed and could not afford to lose. 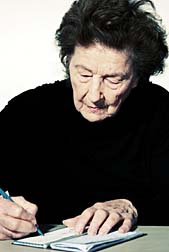 Mark did not discover his mother's financial crisis until she had some housing issues she could not access the money to pay for, so Mark, surprised by his mother's lack of funds, took a look at her papers. He was shocked at what he saw.

"An investment advisor took approximately 90 percent of my mother's liquid net worth—and she does not have a lot, she was on social security, has no stock market experience and she was 80 years old—and put her in variable annuities. He denied her access to her money and put her money at a huge risk.

"The only reason this was done was for the big fat commission. That is the single reason. It's not for her financial safety. He took her money out of CDs and put it in variable annuities. That's obscene. Here, my mother was forced to move out of her apartment and had to move in with me because not only did she have no access to her money, she suffered a great market loss and could not afford to fix up her apartment.

"She is extremely depressed and angry about this. She said, 'He knew I didn't want stocks.' This happened 2 years ago, but I only found out 2 or 3 months ago. I called the insurance company to find out what was going on, but they said it wasn't their problem and told me to talk to the financial advisor. Twice, I called his boss but I never got a response. I wrote the insurance company a letter that they forwarded to the bank, but again I got no response.

"It's terrible. In the big picture of things, it's not a lot of money, but it was all she had. The agent got a fat commission and my mother has no access to her money. He locked in the finances of an 80 year old [Mark's mother is now 82 years old]. If she was worth $1 million and they wanted to move $50,000, you could maybe make a case for that, but not locking in 90 percent of her cash.

More VARIABLE ANNUITIES News
"He might have told her that the money was going in to variable annuities, but that doesn't mean anything to her. She doesn't know what that means. By now, she's lost about half of what was invested and with the surrender charges she's lost well over half of what it was.

"Health-wise, she could still be on her own, but financially she can't do it. My mother loses sleep over money. At this point in her life, that's the last thing she should worry about. She's on social security, which is nothing, but she made ends meet. She managed to put away some money and now she can't touch it. When I told her what her investment was worth she sat on my couch and cried. The financial advisor has made my mother cry and doesn't have the guts to return a phone call.

"The simplest federal regulation is rule 405 of the New York Stock Exchange and that rule is 3 words: Know thy client. Financial advisors have an obligation to know that and this guy did not follow that simple rule. He did it for the commissions."