Bill C says that his money was improperly put into a variable annuity when his financial advisor failed to follow his instructions. By the time she corrected her error, Bill's investment had lost some of its value. Although Bill says he did not lose a lot of money, he would not have lost any money at all if his advisor had acted according to his wishes. 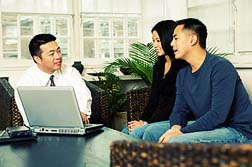 "The agent didn't do what I told her to do. My money was put in the AIG VALIC [AIG Variable Annuity Life Insurance Company, now known as AIG Retirement] and I didn't want that, but by the time I got a hold of her to tell her she messed up, there wasn't very much money in it.

"The investment has about $32,000 in it, but if the financial advisor had done what I asked, it would have been closer to $35,000. If you do stuff like that to one investor, then there are probably a million others like me who have had this done to them.

"I know that there are people out there with more serious problems than that, but I have the paperwork to show what happened. There are probably many more people who dealt with that agent. She worked for 4 to 5 more months after all of this went on. Not long after that she quit. She was hard to get in touch with—I would call and it would take her 2 to 3 days to call me back.

"The other thing is that we didn't see a contract. We didn't get anything for the investment until we got the quarterly papers. That's when I said, 'I didn't ask for this investment.' But by then, it had dropped by a minimum of 50 percent.

More VARIABLE ANNUITIES News
"That's the problem I have with the variable annuities. I've always invested in real estate and stuff like that and my wife has always worked for non-profits. We need our investments to make 3 to 4 percent a year or not they're worth a nickel. The agent is supposed to be bonded and registered but she didn't do what I asked. It's not a lot of money that we lost but it's unprofessional not to do what we wanted."

Posted by
Clarence W Freeman
on May 23, 2018
On June 2017 I retired from Kent State University and received a buyout severance package, to be distributed monthly through an annuity company VALIC (AIG VALIC Variable Annuity Life Insurance Company) and I explained to my financial advisor Brian Russell on how I would like my monthly distribution handled. My understanding is that annuity products are sold by financial institutions and are designed to allow individuals to invest in funds that are then supposed to provide a steady stream of scheduled payments in the future.

After 2 months had passed May 15 & June 15, 2018, approximately sixty days after checking my account online and I had not received a statement about my accounts. At that point, I realized that the financial advisor had not followed my instructions so; on June 22, 2018 I was informed over the phone per customer service person that my account was closed. The person I spoke to over the phone explained that I had been issue a new account number I had to resubmit the necessary paperwork to restart my systematic withdrawals. Because of the lack of communication from Valic, I have suffered financial distress; I know it’s not a lot of money but it necessary to have for my monthly expense budget for my family.

My Financial advisors Brian Russell has a duty to act in the best interests as his clients, he fell to contact me of any changes to distribution of my money and did not return my call on June 22, 2018, No monthly account statements.