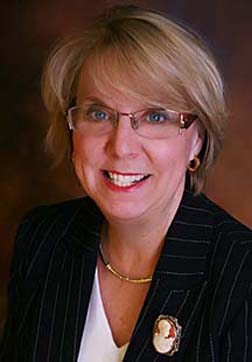 “What I’m seeing is a lot of people who have been sold variable annuities in the last three years. Interest rates have been very low,” Nygaard says, “but these annuities were sold with lifetime guarantees of a stream of income. Now my clients find that some insurance companies are walking away from their obligation to pay lifetime income.”

“This defeats the purpose of buying an annuity,” Nygaard says. “People purchase an annuity over a mutual fund because the insurance company promises them they can choose to start receiving a monthly check. Companies in the news lately as having taken too much market risk and potentially not being able to meet their annuitization obligations are Aviva, Transamerica, The Principal Financial Group, ING, MetLife, Prudential, and two smaller players, Guggenheim and Genworth. We think the variable annuities sold by these eight companies expose their customers to the risk that there will not be sufficient assets for people to annuitize. People are paying for a product that, given the capital situation of the companies, is at risk, and yet annuity buyers the last three years have not been told of these risks when sold the annuities.”

Of concern is that a lot of variable annuity buyers are people who are retired or approaching retirement. Nygaard says that many people she sees worked for phone or utility companies, or state and local government. When employees retire, many employers push retirees to accept a lump sum rather than a monthly payment to avoid administration expenses. Employees who take a lump sum might then put that money into a variable annuity through an IRA, which Nygaard says is also usually unsuitable.

More VARIABLE ANNUITY News
“Some variable annuities are done through IRAs, but they are completely unsuitable for an IRA because an IRA already has a tax shelter, while variable annuities add a lot of fees and give no additional tax benefit,” Nygaard says. “If you can’t annuitize, you’re not buying what you think. Annuities are very fee heavy, that’s why they’re sold. Annuities are not bought, they’re sold. But without the financial strength to back them up, people’s retirement savings are going to be at risk. Aviva, Transamerica, The Principal Financial Group, ING, MetLife, Prudential, Guggenheim and Genworth have invested primarily in bonds, and those have not been paying the interest rates they used to, which is putting their variable annuity contracts at risk.

“The contract is only as good as the company because it is not backed by the US. It is just backed by insurance companies and they have not kept the safe, secure investment profiles that they used to have. They have averaged their assets, just as the banks and investment firms that failed, thus putting at risk their variable annuities.”

1) No major insurance company has walked away from their obligation of paying lifetime income. Certainly, some companies, such as those you have identified (and others) have sent letters offering client the opportunity to receive an enhanced contract value (real dollars) in exchange for canceling their living benefits. For clients who need the lifetime income provided by a living benefit, this is a bad deal and all one needs to do is not take them up on the offer. In fact, most of these offers are a bad deal, but no insurance company is *forcing* a client to take these offers. However, for older clients who may not need the guarantee of lifetime income, an enhanced lump sum of cash may be preferable and in these instances, it may be appropriate to exercise these offers.

2) Many annuities are done through IRAs, but it is extremely short sighted to make a blanket statement like "[annuities] are completely unsuitable for an IRA..." This may be true if the living benefits you mention earlier weren't a part of the contract, but most annuities today are bought with the living benefit in mind, not the tax deferral. In addition, due to the way annuity proceeds are taxed, it may be preferable to hold them in an IRA. Withdrawals from annuities are treated as ordinary income (vs long term capital gains), those proceeds also come out LIFO (last in first out), so the gains come out first. It is completely understandable for someone not to want to take Non-Qualifed (non-IRA) dollars that may be subject to a preferential long term capital gains tax rate (20%) and put those dollars into an annuity which will force those proceeds to be treated as ordinary income with tax rates as high as 39.6% -- almost double. The money in the IRA will be treated as ordinary income *anyway*, so by holding the annuity in an IRA, you aren't putting those dollars at a taxable disadvantage. My mother owns an annuity inside an IRA and both I and her are happy with that structure for this reason. Her annuity was purchased for the living benefit it provided, not the tax-deferral that is a byproduct of the contract. I know many other people purchase them this way for the same reason.

3) Your continued use of the word annuitize is dangerous. We're getting into the weeds now, but without getting too deep, many of the companies you mention sell "withdrawal benefits" versus "income benefits". Withdrawal benefits do not use annuitization to access the lifetime income stream -- simply systematic withdrawals. Income benefits do utilize annuitization, but typically not until the client has nearly depleted their contract value, way down the road. Annuitization brings with it the notion of an exclusion ratio being applied to the payments for the purpose of calculating income tax owed. It also by definition mean that your cede your principal to the insurance company and no longer have access to the lump sum. You should be careful when using the word annuitize because most modern living benefits don't require forced up-front annuitization to access the payment stream.

4) You infer that the companies above may not have the financial strength to back up the guarantees and then comment on the fact that they are investing heavily in bonds. Those shows a complete lack of understand of the Risk Based Capital requirements that state governments have in place for insurance companies (and the reason we didn't see one insurance company go down in the financial crisis of 2008). Insurance companies statutory RBC requirements typically are only allowed to be invested in cash, CDs, treasuries and high grade corporate debt. Certainly the excess capital, above what the states require, can be invested in other places, but insurance companies are basically required to hold a large amount of fixed income. This certainly does make profitability challenging, but this in and of itself hardly puts the contracts at risk.

Feel free to respond if you would like to continue this conversation.

Posted by
Mark Sneed
on September 10, 2013
Annuities aren't for everyone, but they can work wonders for the right crowd. If you're curious about gathering for information for yourself, check out annuityguys.com. The site is chock full of useful information and educational videos.