It remains a dark chapter in the proud history of the US military: the deployment of 20 million gallons of Agent Orange in order to defeat jungle foliage during the Vietnam War. The fallout from that particular strategy involves long-term health effects for countless soldiers exposed to the toxicity of Agent Orange, together with an ongoing fight over VA benefits ever since. 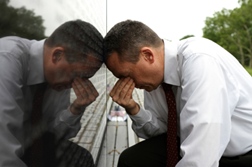 It’s been 15 years since the US Department of Veterans Affairs (The VA) clawed back a basket of benefits originally intended by the US Congress in 1991 to provide presumptive VA disability benefits to veterans who presented with illnesses stemming from exposure to Agent Orange. In its wisdom, the VA decreed in 2002 that it would only provide benefits for those soldiers and personnel who were “Boots on the Ground” during the conflict.

The clawback excluded potentially thousands of veterans who may not have technically been “Boots on the Ground” - such as Navy personnel known as “Blue Water” vets - but who were nonetheless exposed to Agent Orange and who have been suffering from the aftereffects of what has turned out to be a definitive scourge for those affected.

However, there continues to be a series of efforts to try to right that wrong and bring VA disability benefits to those disenfranchised vets excluded from the benefits pool.

Since March 15 of this year, Senator Kirsten Gillibrand (D-New York) has been spearheading legislation to extend veteran benefits to those veterans who have fallen through the Agent Orange cracks. Just this month, Senator Gillibrand has joined with Representative Richard Hanna to put a renewed push toward benefits for personnel having served the “territorial seas” and/or within 12 miles offshore of Vietnam.


“Thousands of our veterans are being denied benefits they need and deserve because of a technicality in the law,” said Senator Gillibrand, in a statement.
“We owe it to the veterans who bravely served our country and have fallen victim to Agent Orange-related disease to enact this legislation that will provide the disability compensation and healthcare benefits they have earned. Agent Orange is a very difficult chapter in our nation’s history and is past due that we correct the errors of the past.”

Representative Hanna echoed those comments. “All of our veterans who were exposed to the powerful toxin Agent Orange deserve treatment and care for the debilitating effects that are linked to it,” Rep. Hanna said. “We cannot deny our sailors treatment due to a technicality in the law. That’s why together with Senator Gillibrand I am working to see this change takes effect as soon as possible so we can give our Vietnam veterans the compensation and care they not only deserve but have earned through fighting for this nation during times of war.”

The evidence is obvious

A May 2011 report by the Institute of Medicine established several “plausible routes” for Agent Orange exposure through the water distillation process aboard Navy ships and through the air. A year earlier, in 2010, a study by the Institute of Medicine cited exposure to Agent Orange resulted in an increased chance of developing serious heart problems and Parkinson’s disease. Even before that, a 1990 study by the Centers for Disease Control and Prevention (CDC) showed Vietnam veterans had a rate of non-Hodgkin’s lymphoma 50 percent higher than the general population.

What’s more, Agent Orange is linked to a range of other diseases, including several blood and respiratory cancers, type 2 diabetes, prostate cancer and more.

In 2005, the VA’s former Director of Environmental Agents Service Dr. Mark Brown publicly acknowledged there was no scientific basis for the exclusion of Blue Water Vietnam veterans, but the VA has continued to refuse these veterans presumptive VA disability benefits as Congress had initially intended.

Many a veteran has had to resort to filing a VA lawsuit in an effort to acquire benefits that have been delayed or denied. Critics of the VA decry the organization as moving too slowly, allowing for a backlog of applications so large that it could take years to clear - time that many veterans do not have. Pundits also cite the VA as being morally suspect in denying deserving Blue Water veterans their disabled veterans benefits due to a mere technicality.

We’ll give the last word to a Blue Water veteran who continues to suffer from the effects of Agent Orange, even though he was not “Boots on the Ground,” as it were…

More VA DISABILITY News
“During the Vietnam War powerful toxins (Agent Orange) were used,” said Blue Water veteran Dave Manore, in a statement. “Because absolute control of these toxins was impossible it entered the waters in and around Vietnam and thus moved at the will of the sea. Ships which were stationed in the waters near Vietnam took in sea water from the sea, processed it and made it potable. This became the crews’ drinking water, shower water, cooking water, etc. Thus exposing them to any toxin within the water.

“Currently I suffer from type II diabetes and it is a struggle each and every day; testing multiple times and 5 shots of insulin daily. I have been denied coverage from the VA because I am not ‘Boots on the Ground,’ but a ‘Blue Water Vet.’ I also know that greater than 80 percent of the men who served aboard the Arlington suffer from one or more of the VA-listed Agent Orange maladies. While it is nice to draw a line on a map to determine who has and who has not been exposed to Agent Orange, that information was not passed on to mother nature.”

Posted by
B Crimmins
on October 4, 2016
When my husband died from esophageal cancer in 2012, the local VA office indicated that his kind of cancer might be related to his service in Vietnam. Upon checking, I was told that the USS Hancock (my husband's ship) was not included on the list of qualified vessels. Upon reading recent data about toxicity of water and air around aircraft carriers serving in Vietnam, I feel certain my husband's cancer has a connection. He was stationed on the ship for his entire time of service between 1966 and 1970, making three deployments to Vietnam (more than the typical sailor serving on the ship during this time). One of his consistent complaints was the drinking water--"it tasted like fuel." Note: I've learned Agent Orange was mixed 50/50 with fuel oil, creating a sticky substance, leaving a residue on every aircraft, which was washed off planes and decks, only to end up in the ship's water system (for drinking, food prep, and laundry). What's more it is now realized that the distillation of this sea water increased the toxic effects by 10x! Since each deployment lasts 7-9 months, my husband had the equivalent of 2 years ingesting this contaminated water 24/7. He had an issue with ongoing "heart burn" for more than 35 years prior to his cancer diagnosis. I feel certain his military service on the USS Hancock contributed to his illness especially since he lived a healthy lifestyle. I wonder if there have been other such cancers among sailors who served a significant time on the USS Hancock.
Posted by
vernon malden
on June 30, 2016
im a blue water vet who served a board the uss hancock from 1970 t0 1974 i have illnesses that were not on the list of approved illnesses.i think its a shame that our government has turned its back on all of us. i have been fighting the VA since 1974 not going to give up.would like to hear from other VETS.
Posted by
Eugene Knox
on August 3, 2015
I am a Blue Water Vet that served onboard the USS Bainbridge and was deployed to Vietnam to act as an escort for the USS Enterprise and spent most of time in the Gulf of Tonkin. My tour of duty in Vietnam waters was between September 1965 to July of 1966. I have suffered many illnesses that were not on the list of approved illnesses to claim compensation for Agent Orange--including Colon/rectal Cancer, Hep C, Fibromyalgia and Reiter's syndrome.
Posted by
gil sampson
on August 3, 2015
Sincerely...

This is another mistake and mass money grabber form those boots on the ground soldiers. The original Agent Orange suit was settled so long ago there is not a penny left for anybody let alone the blue water fellows. Squeezing and bending the previous claimants benefits that have amounted to zero already. VA needs patients but why do they make the rest of us sick old timers wait?