Veterans face an increasingly lengthy wait to receive their VA benefits, according to reports. In the last four years, the wait times for VA disability benefits have jumped, as have the number of claimants waiting more than a year for their benefits. 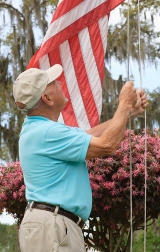 According to the Center for Investigative Reporting (cironline.org; 3/11/13), the average wait time for VA claims to go through is 273 days, but veterans filing their first claim wait an average of between 316 and 327 days. Meanwhile, those who file in large cities, such as New York or Los Angeles, wait more than 600 days for their claim.

Furthermore, the number of veterans who wait more than a year for their benefits has dramatically increased, from 11,000 in 2009 to 245,000 in December 2012. While veterans await their claims, they may experience financial hardship, including difficulty paying their household and medical bills. The Center for Investigative Reporting notes that 22 veterans commit suicide every day, and some report a feeling of hopelessness over their financial situation as causing depression and stress.

For its part, Veterans Affairs has said its goal is to resolve all claims within four months by 2015. One issue leading to the backlog is an increase in the number of claims filed, a spokesperson for the VA said. According to CNN (3/13/13), in 2001, the VA completed nearly 500,000 claims. In the past three years, the VA has completed 1 million claims each year.

One whistleblower alleged the medical center did not tell patients about problems with their x-rays and CT scans, including missed diagnoses of fatal diseases. Another alleged nurse practitioners were prescribing medication without proper licenses.

The VA responded by saying it had opened investigations into the complaints. The medical center has reportedly addressed some of the concerns.

Posted by
Jim Starowicz
on April 6, 2013
"If military action is worth our troops' blood, it should be worth our treasure, too; not just in the abstract, but in the form of a specific ante by every American." -Andrew Rosenthal 10 Feb. 2013

VA Spending From Iraq, Afghanistan Wars To Rise For Decades

Released for the tenth anniversary of the invasion, 19 March 2003, and not including, as you can see above, the costs of the abandoned Afghanistan main missions, as that occupation continues winding down, with the buildup to and invasion and occupation of Iraq. Those costs also are not funded by tax increases, the military monetary costs as well as the no-bid civilian contractor costs and much more, along with the peoples responsibility especially for the Veterans of both. Add in the extended costs in direct results also as to the National Security needs caused by the expansion of the al Qaeda type blowback criminal terrorism. Added to the decades, in relation to those of us who've served, previous and wars of, of underfunding the peoples responsibility the Veterans Administration as they choose to ignore what veterans were saying about and suffering from, PTS, Agent Orange, Gulf War Syndrome, to name just a very few of the many issues.

"We are dealing with veterans, not procedure; with their problems, not ours." General Omar Bradley, First Administrator of the Veterans Administration

US Budgetary Costs of the Iraq War

U.S. Spending & Waste in the Reconstruction of Iraq

"You cannot escape the responsibility of tomorrow by evading it today." - Abraham Lincoln

And as before, with Iraq officially over and Afghanistan winding down, when Afghanistan officially ends any conscious effort by the peoples representatives, hired by the patriotic flag waving people and with their approval, to uphold their responsibility, any sacrifice, will end as well!

Military and Vets On FLOTUS and SLOTUS, Administration and it's Cabinet, "Best - Ever": "We haven't had this kind of visibility from the White House—ever." Joyce Raezer - Dec. 30, 2011", and plenty more of similar since Joyce spoke and also will continue, as will the obstruction as the tepubs continue seeking to privatize the Veterans Administration, the peoples responsibility to those that serve them!

Click to learn more about LawyersandSettlements.com
LawyersandSettlements.com is an online news and information site for the general public and legal community. As a legal news resource, we have emerged as an independent & trusted voice. We provide detailed and quality information on various lawsuits filed including Personal Injury Cases, Drugs & Medical Cases, and Malpractice Cases.