An Iraq war veteran has been awarded $3.7 million in his VA lawsuit, filed against the US Department of Veterans Affairs in 2010. The lawsuit highlights some of the issues veterans face in accessing veterans’ benefits and the difficulties veterans with post traumatic stress disorder face in obtaining treatment. 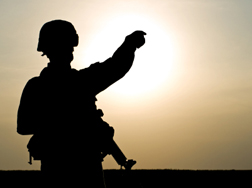 According to the Times-Tribune (1/17/13), Stanley Laskowski III was honorably discharged in February 2007. Laskowski was later diagnosed with post traumatic stress disorder, but according to his lawsuit, was prescribed the wrong medication. Furthermore, Laskowski alleged it took months before he saw a physician when he first went for treatment and his medications were changed over the telephone. He was also not given psychotherapy for his post traumatic stress disorder, reportedly a violation of VA protocol. Ultimately, Laskowski broke into a pharmacy to steal prescription medications that he thought would help overcome his PTSD.

Although the judge awarded Laskowski $3.7 million, he also said the issues were case-specific and should not been seen as problems within the VA overall. The VA argued that Laskowski downplayed how severe his symptoms were when he spoke with medical staff.

But a 2012 report in USA Today (4/23/12) argues that approximately one-third of VA patients must wait much more than two weeks for treatment after being evaluated for mental health problems. In fact, up to 94,000 patients in 2011 waited an average of approximately six weeks before their treatment started, putting them at risk of serious health problems and deteriorating mental health.

Among complaints made by veterans who attempt to access VA benefits are allegations of lost records, inadequate resources and improperly filed paperwork. The veterans and their advocates argue that filing for benefits can be unnecessarily complicated, forcing them to wait months and, in some cases, years for a resolution to their claims.

In July 2010, the VA changed its criteria for PTSD claims, requiring less evidence of stressors if the VA doctor confirms that the veteran’s experiences support a diagnosis of PTSD. That combined with an increase in the number of troops leaving active duty and entering the VA system may have created more of a backlog and prevented some veterans from having timely access to treatment and medical help.

Laskowski’s lawsuit is not the first filed against the VA related to post traumatic stress and lack of care. The Times Leader (11/20/11) reports that in 2009, the VA settled a lawsuit with the family of Jeffrey Lucey. Lucey committed suicide after his mental health problems were not treated. The VA agreed to pay $350,000 to settle the lawsuit.

Posted by
Jennifer Horton Simpson was
on February 1, 2015
Please help. We need help. Don't know what to do. My daughters dad is a VA vet. He has always used VA hospitals for mental illness. He has other sever medical issues. Mainly his fixation in stalking me and trying to kill me. He recentally almist killed in a fire explosion.he spent a couple of weeks at UAB burn unit. Our daughter got power of attorney. He got mad and refused to go. They released him after having gotten then hold simply on his say so. Not only is he physcially disabled but mentally ubstable as well. We are at a loss for what to di. He terrorized me kidnapped me and raped me. He is basically homeless and ridind the roads. My PTSD has kicked in and in a panic Can anyone advise me? My late husband is a Vietnam vet. I receive a pension from his service. I habmve severe mental and physical. Thank you to all first responders and to the veterans that have fought for basic human rights. Thank you
Posted by
Robert Jenkins
on January 14, 2015
The latest an new tool being used by the V. A. Is this:When they "change" your medication, and you complain; they claim the Veteran is a "Drug seeker" and most likely a drug addict. This way they believe, treatment can be denied. I requested to receive my pain management/ physical therapy out side the V. A. Due to travel distance. The outside Doctor prescibed the same medication as the V. A.. Now that practice has been removed from the "accepted" list of providers for Veterans. Now several other Veterans are being told; they too, must reapply for PM/PT, outside the V.A.!
Posted by
Mark
on April 23, 2014
Hi! Thank you for your service. It sounds like you are getting a collection of correspondence from them. If you haven't already done so contact the VA appeals office in Washington, DC. Without giving your name, unless they offer to send you what you want, ask them how to get a complete copy of all the records pertaining to your application, including:
Internal documents, memos, and forms
Telephone contact records
Correspondence between the VA and non-VA parties and entities
Medical reports from all the doctors the VA has sent you to
Now add the documents that you have:
Including:
Originals of the above items that they have sent to you. Mark them with a small "o" at the bottom right corner.
Medical reports from doctors you have seen on your own. Include all medical records not just those that you think are related to your claim.
When you receive the documents from the VA add them to your documents.
Put all of these documents in date order, oldest on bottom and newest on top.
Now read through the documents from the oldest to the newest. On a separate note pad make notes of things you feel are incorrect statements, things that you feel were not done properly, and things that you believe have been left out. Record the dates the items occurred next to each note you wrote down. When all of this is done, Go to your nearest Disabled American Veteran office. Show them what has happened. Give them a COPY of your documents or let them make a copy themselves. DO NOT LET THEM HAVE THE ORIGINALS. If you by chance have a copy of you military health record bring it with you. Again don't let them take your copy. These documents are to be treated as gold. Put originals in a safe deposit box and keep a copy at home. The DAV works for you for free. I would suggest you join the organization $20-30 for a year, you get a free subscription to their magazine. It keeps you up to date on laws, happenings, and other interesting issues. I am not related to the DAV except I am a member.

Posted by
dallas everette
on January 31, 2014
FROM: DALLAS EVERETTE

IN 1997 I WAS DISCHARGED FROM THE MILITARY WITH A MEDICAL RETIREMENT. I HAD A (MINOR) SURGUARY ON MY LEFT ANKLE. THE MILITARY DOCTOR DAMAGED MY LEFT ANKLE SO BAD IT WOULD NOT HEAL . I WAS GIVEN RETIREMENT. I WENT TO THE WINSTON-SALEM REGIONAL HOSPITAL FOR MY DISABILITY PHYSICAL AND RATING. I COMPLAINED ABOUT MY RIGHT KNEE POPPING AND SWELLING, THE EXAMINER REFUSED TO X-RAY MY KNEE BUT TOLD ME TO TAKE PAIN PILLS FOR IT. I ATTEMPTED TO WORK AS A POLICE OFFICER AFTER BEING DISCHARGED FOR ABOUT 5 YEARS. MY RIGHT KNEE CONTINUED TO CAUSE PROBLEMS AND WINSTON-SALEM REFUSED TO X-RAY DURING ALL MY EXAMS. MY RIGHT KNEE FIANILLY GAVE OUT AND I WAS ORDERED BY A SPECIALIST TO CHANGED JOBS TO A LESS DEMANDING FIELD. I WENT TO THE JACKSONVILLE, NC VOCATIONAL REHABILITATION OFFICE TO BE APPROVED FOR TRAINING AND SCHOOLING. I WAS FOUND TO BE ELIGIABILY FOR VOCATIONAL REHABILITY TRAINING. THE DIRECTOR BILL DAVIS TOLD ME I WAS GOING TO TEACH. I EXPLAINED TO BILL DAVIS I COULD NOT TEACH IN THE CLASS ROOM. BILL DAVIS BECAME UPSET WHEN I TOLD HIM NO. I GAVE HIM SEVERAL FIELDS AND HE WANTED A DOCTOR’S NOTE. SO I WENT TO MY DOCTOR IN SOUTHERN PINES, NC AND ASKED FOR A OPINION IF I COULD DO MASSAGE THERAPHY. I SENT THE DOCTOR’S NOTE TO BILL DAVIS IN JACKSON AND HE SAID NO TO THE DOCTOR’S NOTE. I APPEAL AND MY CASE WENT TO WINSTON-SALEM NC TO DON BURNETT. I FOUND OUT BILL DAVIS AND DON BURNETT WERE BEST FRIEND AND BOTH DIRECTORS OF VOCATIONAL REH. MY APPEAL WAS DISAPPROVED (3) TIMES IN JACKSONVILL AND (3) TIMES IN WINSTON-SALEM. I WAS TOLD I DID NOT QUALIFY FOR ANY JOBS IN VRE. THE TWO DIRECTORS DISCRIMINATED TO ENSURE I DID NOT GET RETRAINED. I APPLAILED FOR 100% UNEMPLOYABILITY IN 2007 DUE TO BEING DENIED VRE. DISABILITY DENIED 100% UNEMPLOYABILITY AND ADDED A NOTE I COUD DO WORK. I THEN KNEW THE DISABILITY DIRECTOR AND VRE DIRECTORS HAD DISCUSSED MY CASE TOGEATHER, BECAUSE BOTH SECTION WAS USING THE SAME INFORMATION. VRE AND DISABILITY BOTH WANTED TO DENIE ANY BENIFITS TO ME. I APPEALED THE DECISION DISABILITY SECTION. MY FILE HAD BEEN SITTING UNDER APPEAL FROM 2011. DISABILITY SECTION DID THE FOLLOWING ACTION. MY PERCENTAGE IS AT 80%. DISABILITY INCREASED MY LEFT ANKLE RATING FROM 20% TO 40%. YOU THINK THAT WOULD CHANGE MY PERCENTAGE TO 90% OR 100%. NO NOTHING CHANGED, DISABILITY SECTION BELIEVES INCREASED PAIN AND MEDICATION DON’T MEAN ANYTHING. SO NOW MY FILE HAS MOVED FROM INITIAL CLAIM, TO APPEAL AND NOW HEADED TO WASHINGTON D.C. ON A FORM 9. I WAS DENIED VOCATIONAL REHABILITATION EDUCATION TRAINING 6 TIMES. WINSTON-SALEM DISABILITY SECTION DID NOT EVEN TAKE THOSE FACTS IN CONSIDERATION WHILE DISAPPROVING UNEMPLOYABILITY. HERE IS WHY I WAS DENIED UNEMPLOYABILITY FROM THE DISABILITY SECTION. PLEASE READ THIS, THE WINSTON-SALEM DISABILITY OFFICE DISAPPROVED UNEMPLOYABILITY IN 2007, AND STATED SERVICE MEMBER COULD DO SEDENTARY WORK. WINSTON-SALEM NEVER EXPLAINED WHAT A SEDENTARY JOB WAS OR HOW THEY AFFECT MY DISABILITIES. TO THIS DAY WINSTON-SALEM DISABILITY NEVER EXPLAINED WHAT SEDENTARY JOB I COULD DO. VOCATIONAL REHIBILATION SECTION STATED I COULD NOT DO SEDENTARY JOBS, WHILE WINSTON-SALEM DISABILITY STATED I COULD BUT, NEVER LISTED ANY OF THEM, THEREFORE MAKING SURE I DID NOT GET UNEMPLOYABILITY. TO WIDEN THE DISCRIMINATION MY TWO DEPENDENCE THAT WERE IN HIGH SCHOOL WERE DROPPED IN 2011 AND 2012. THE WINSTON-SALEM TOOK OVER 400.00 FROM MY FAMILY WHEN MY DEPENDENCS WERE DROPPED. I FILED IN 2011 AND 2012 TO ADDED BOTH BACK AS MY DEPENDENCS. WINSTON-SALEM DID NOT ACKNOWLEDGED RECIEPT OF THE PAPERS UNTIL 2013. WINSTON-SALEM STATED MY CLAIM WOULD BE COMPLETED BY DECEMBER 2013. I SEE A NOTES ON E-BENIFITS THAT THE COMPLETION DATE OF DECEMBER 25, 2013 IS BACKED LOGED. THERE IS NO TELLING WHEN MY DEPENDENCE WILL BE ADDED BACK. MY SON WILL GET HIS AA FROM COLLAGE AND MY DAUGHTER WILL FINISH HER FRESHMAN YEAR IN MAY 2014. THE DISCRIMINATION, UNFAIR TREATMENT, RETALIATION BY THE DIRECTORS IS A PLANNED ACT. THE LAST DISCRIMINATING ACT WINSTON-SALEM DID WAS TO GO INTO MY FILE AND ADDED A FALE STATEMENT THAT I WAS EMPLOYED AND WORKING. MY LAST DAY AT WORK WAS DECEMBER 4, 2006. I HAVE BEEN FILING FOR 100% UNEMPLYABILITY FOR THAT TIME PERIOD, BUT THE RACIAL DISCRIMINATION, RETALIATION AND UNFAIR TREATMENT BY WINSTON-SALEMS DIRECTORS IS BLOCKING ANY BENIFITS. I KEEP ASKING WHY MY FILE NEVER WENT TO WASHINGTOM D.C. TO A REVIEW AND NO ANSWER. 2007 IS WHEN THE DISCRIMINATION STARTED AND TODAY I’M STILL WAITING FOR MY FILE TO GO TO THE NEXT LEVEL ON APPEAL. WINSTON-SALEM IS HOLDING MY FILE BECAUSE IF IT GOES AWAY FROM THE DICSRIMINATING DIRECTORS IT WILL BE APPROVED AND BACK DATED TO 2007 0R EVEN FUTHER 1997. THE DIRECTORS DO NOT WANT THAT.

DALLAS EVERETTE E-7/ RETIRED US ARMY
PROUD OF PAST, PRESENT AND FUTURE SOLDIER

Click to learn more about LawyersandSettlements.com
LawyersandSettlements.com is an online news and information site for the general public and legal community. As a legal news resource, we have emerged as an independent & trusted voice. We provide detailed and quality information on various lawsuits filed including Personal Injury Cases, Drugs & Medical Cases, and Malpractice Cases.