A troubling trend appears to be emerging with regard to VA benefits, and it’s a trend of interest to anyone contemplating or currently litigating a VA lawsuit. According to a published study, it appears that those veterans in greatest need of help, health care, services and disability benefits aren’t getting them from Veterans Affairs. 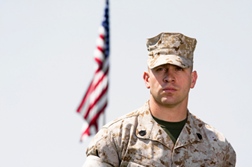 Researchers with the Department of Epidemiology at Rutgers, the War Related Illness and Injury Study Center, and the Department of Preventive Medicine and Community Health located at the New Jersey Medical School at Rutgers (State University of New Jersey) reviewed published reports of health, health care utilization, and social isolation relevant to US Veterans denied VA disability compensation. “Among 122 research items initially reviewed, a total of 47 met our inclusion criteria” and were summarized, the authors note.

Amongst the goals of the study authors: address a generally held consensus that veterans who are denied disability benefits are healthier than those veterans who are actually awarded and receive benefits.

The study was released this month and summarized in Military Medicine (10/15), a publication of The Society of Federal Health Professionals (AMSUS). In its release, the study paints a bleak picture of veterans benefits - who receives them, who doesn’t and the wait times by which applicants are restricted.

As part of the disabled veteran’s benefits study, the authors summarized the process involved in applying for veteran’s benefits. “A veteran seeking VA disability compensation benefits must first file a claim. In evaluating the claim, a review team gathers medical and military service-related evidence,” write the study authors. “In the process, the VA confirms the current disability, and subsequently determines whether the existing disability is linked to military service. If so, the VA assigns a combined disability rating and establishes a date of award with payment based on the rating. For those veterans awarded service connection, the VA can grant a full award, or a partial award. If no service connection is found, the claim is denied.”

The study also provides a snapshot of wait times and the adjudication process.

That’s a little over two years at the average. Reality suggests claims can drag on for many years beyond that, and sometimes decades, as we have written previously.

More VA DISABILITY News
In summary, the researchers note, in part: “The evidence lends support to our contention that there is a subgroup of veterans ‘denied’ VA disability compensation who are characterized by low socioeconomic status, social isolation, and unmet medical and psychiatric health care needs.”

The VA compensation study concludes, in part: “The broad picture of veterans ‘denied’ VA disability compensation that emerges from available data shows them, compared to those ‘awarded,’ to have comparative poor health, lower VA health service utilization, as well as greater poverty, unemployment, and social isolation.”

Posted by
Chuck Carver
on November 25, 2015
It took me 23 years for the VA to recognize me as a veteran I did not have a completed DARP form showing my retirement points for my service in the ARNG, USNR and the USAR due to the inability of the NPRC in St.Louis, MO. I finally got a completed DARP form from the USAR Human Resources Center showing I completed my service requirement 6 years. I filed for VA Disability in 1/2009 for hearing loss and for anxiety in 08/2014 I have finally given them the evidence for service connection recently. It will take another 23 years before I receive disability from the VA. Just the wait for the sought after disability payments has worsened my health problems (stress) waiting for a hearing aid from the VA to help with my hearing loss would be a blessing if the VA would give me service connection so I could qualify for VA health Care as well. VA Priority group 8g Veteran.
Posted by
Carolyn Fields-Wilkins
on November 9, 2015
It took from 1982, until 2011 for my claim to be processed. Went before the BVA and it was found to be a Clear Unmistakable Error (CUE). It went back to the regional office and it was still denied. When I questioned how it could be then they readjusted and awarded 10% rating. Then just this year my case was before the BVA for Coronary Artery disease and the same medical file was used and still did not retro back to 1982.

I want to appeal the effective date but afraid I might lose my benefits because I have to fight so much for my 82 year old Vietnam Veteran husband.

Posted by
Gilbert Sampson
on November 8, 2015
I am paid 100 percent IU disability. My doctors for the last few years have disregarded my health and focused on removing me from 100 percent. Consequently their constant badgering and disregard for me has left me seeking health care through the VA choice program. Now, I am still controlled by VA primary care providers whom decided to recklessly discharge me from clinics where I had sought care. creating delay after delay and confusion. Now, Im diagnosed with final stage signet ring cell carcinoma primary of the urinary bladder spread to prostrate. Prognosis is grim! I seek help and redress damages from VA and thesystem that has virtually murdered me.