The US Supreme Court has heard the Tyson Foods unpaid wages lawsuit, according to reports. The donning and doffing lawsuit was filed by Tyson employees who argued that they should be paid for time spent putting on and taking off mandatory protective work gear and should have a judgment in their favor based on averages instead of time records. Meanwhile, an Apple employee lawsuit claiming workers should be paid for time spent waiting for security checks has been dismissed. 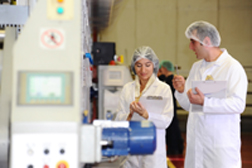 The Tyson lawsuit was filed in 2006 by workers at an Iowa pork processing plant, who claimed they should be paid overtime for their time spent putting on and taking off protective work gear. Because Tyson did not keep records of how long it took employees to put on and take off their gear, the employees argued before the Supreme Court that they should be paid for that time based on statistical averages. Approximately 3,300 current and former employees are included in the class action.

Tyson has argued its workers don’t share enough common traits to be included in a class action. Some employees, the company argued, had no claim to overtime pay. A lower court sided with the workers, but gave the employees less than what they sought.

According to USA Today (11/10/15), at least four of the justices seemed to agree with the employees, telling Tyson representatives they did not understand the company’s arguments.

More UNPAID WAGES News
As previously reported on by LawyersandSettlements, an appeals court agreed with employees that plaintiffs showed “sufficient evidence of undercompensation,” after which Tyson Foods filed an appeal to have the Supreme Court hear its arguments.

While Tyson employees await a Supreme Court ruling on their lawsuit, Apple employees in California have had their lawsuit dismissed. The Apple employees had argued that they should be paid for time spent waiting for security checks after shifts. US District Judge William Alsup ruled, however, that because Apple gave employees the option of either not bringing personal belongings to work or bringing them to work but undergoing a security check, they were not entitled to pay for security clearance time.