Are Employers Doffing Their Legal Responsibility?

A growing trend in the area of employment law appears to be off the clock work. In other words, activity expected by an employer that is required prior to the start of the work day or after an employee clocks out. Plaintiffs in such a lawsuit make the point that when an employer requires or expects such activity as part of the job, then those activities should be paid and made part of an employee’s regular day. 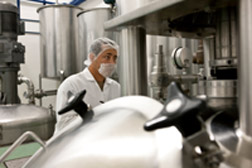 If such activity falls outside the realms of a full eight-hour day, then not only should the activity require compensation, the rate of that compensation should be computed as time-and-one-half akin to a standard overtime rate.

There are countless ways in which employers, with growing frequency, press an employee into performing tasks in preparation for the job pre-clock or after work post-clock. Unless the employer compensates the employee for these tasks in some way, such tasks are performed on the employee’s own time.

Thus, the argument (and an increasing foundation for litigation) remains the fairness of an employer requiring an employee to perform functions or tasks, yet expect or allow the employee to perform said tasks on their own time. Many an unpaid wages lawsuit has evolved from off the clock work - and the latest wrinkle getting more and more attention is the requirement for employees to don and doff complex work suits and safety gear, effectively on their own time.

The lawsuits, in fact, are formally addressed as “egress and regress” lawsuits, pertaining to the process(s) involved in preparing for a day on the job, then ending or regressing from the requirements of the job at the day’s end. Informally, the actions are becoming increasingly known as “don and doff” litigation, with reference to the sometimes onerous task of getting into, then shedding safety gear at the end of the day.

Depending on the job, plaintiffs making an unpaid wages claim note the process of donning, then doffing gear can take a very long time. The lead plaintiff in a California unpaid wages lawsuit against Dole Food Co. - proposed as a class action - makes that very point. Workers are required to suit up in specialized gear prior to starting work in the plant. This requirement is not only at the behest of the employer, but often the state and the food industry itself given the need, not only to protect workers from biohazards and germs, but also to safeguard the products originating from the facility in an effort to protect public health.

No one argues against the need for safety and diligence. However, litigants having pursued the matter with an unpaid wages attorney take the position that such donning and doffing of safety gear should be built into an employee’s day while on the clock, rather than expecting an employee to perform the tasks on their own time.

More UNPAID WAGES News
To wit, if you as an employer or as an industry require the regular use of specialized uniforms, hazmat suits or safety gear in order to perform the job, then egress and regress should be on the clock and duly paid.

According to the Monterey County Herald (1/3/13), plaintiff Jose L. Hernandez filed his unpaid wages lawsuit in Monterey County Superior Court. The lawsuit opens up the possibility of continued lawsuits in other employment sectors such as police, firefighting, or even the entertainment industry where performers are required to wear costumes and sport sometimes intricate makeup for a particular stage or screen role, or while representing a character at a theme park.

The bottom line in such an unpaid wages claim: “If I am required to don a uniform or complex safety gear requiring time for egress and regress, then I should be paid - or the employer could face the consequences in a court of law…”