An unpaid wages lawsuit alleging police officers were not properly paid for time spent donning and doffing their uniforms has reportedly been settled. Meanwhile, a similar lawsuit has been thrown out of court, continuing the confusion over when employees should be paid for putting on and taking off uniforms and when they should not be. Recently, unpaid wages claims have also been filed by plaintiffs who allege they should be paid for time spent waiting for mandatory security checks when they leave retail establishments. 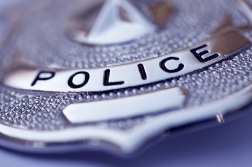 The donning and doffing settlement was reported by WGRZ (6/19/14) and involves police officers who filed a lawsuit against the Town of Orchard Park. The officers alleged they should have been paid for time spent putting on and taking off uniforms and gathering their equipment and gear at the start and end of every workday. The lawsuit claimed each officer lost 130 hours of overtime per year by not being paid for time that was required for their job, such as putting on their uniform, which could take on average 30 minutes longer than the scheduled shift.

The lawsuit was filed in 2009 and resulted in a $72,000 settlement with the officers. The town will also pay attorneys’ fees, but reportedly did not admit to wrongdoing.

But a similar lawsuit was recently thrown out of federal appeals court. That lawsuit, as reported by The Star-Ledger (6/11/14), involved police officers from Teaneck New Jersey, who alleged they should have been paid overtime for attending roll calls and putting their uniforms on and taking them off. That lawsuit was filed under the Fair Labor Standards Act in 2009.

More UNPAID WAGES News
The US Court of Appeals upheld a previous decision from a federal judge who rejected claims that failure to pay overtime for roll call and donning and doffing uniforms were violations of labor laws. As part of its decision, the appeals court reportedly found that roll call was included in compensation as part of the negotiated salaries.

The Teaneck lawsuit is Gerard Rosano, et al v. Township of Teaneck, case number 13-1263, in the US Court of Appeals for the First Circuit.