On September 14, the Northern District of Ohio granted conditional certification to a group of hemp workers in Tenita Bryant v. North Coast Natural Solutions, LLC. The employees may now move one step farther along in their pursuit of unpaid wages claims against a collection of related hemp enterprises that did business as AgeVital Pharmacy. Their lawsuit alleges violations of both the federal Fair Labor Standards Ace (FLSA) and the Ohio Minimum Fair Wage Standards Act (OMFWSA). 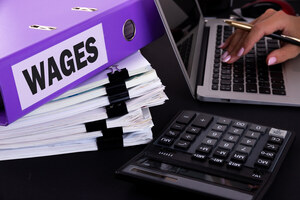 The facts are fairly simple. AgeVital once promised to bring good jobs to Cleveland’s economically distressed Glenville neighborhood – as many as 650 jobs with wages starting at $17 an hour, health insurance, on-site child care for all three shifts and paid training. The business was to operate out of an abandoned industrial site. But the company simply never paid anyone.

The initial buzz and the crash that followed


AgeVital’s manufacturing facility began preliminary operations in 2019 with the goal of making hemp products, including building materials, carpet and insulation, disposable straws and utensils, clothing, and eventually, CBD oil. The project was to be financed by private investors, who have never been identified.

Between 2018 and 2019, the company held multiple job fairs and hired approximately 180 people. In order to prepare for their jobs, the newly hired employees had to undergo several weeks of training at Cuyahoga Community College, including non-credit instruction on industrial safety in addition to shop math and measurement. Employees were to be paid for attending the training sessions.

The problems started almost immediately. More than a month after the instruction started, most trainees had yet to be paid. Many had to fill out multiple different W2s and I-9s because the company claimed there were issues with the payroll system.

One of the lead plaintiffs was to receive a $25,000 signing bonus upon being hired in January 2019. She never got it. Other employees were told that the bank could not process all of the paychecks in a timely manner. Unpaid employees were promised a $150 bonus for each day that their paychecks were late.

Then the story was that the private investors did not want to cover the entire payroll expense at once and that employees would instead receive two separate checks. About a week later, workers were told that the bank could not print the checks because it had run out of paper.

Then the checks that were issued bounced. Weeks before AgeVital was to officially open the facility, two workers filed a lawsuit in federal court on behalf of themselves and other similarly situated employees. Eventually, they were told that the bank had frozen the company’s accounts. Thereafter, the company blamed Tenita Bryant, one of the named plaintiffs, saying that she had caused tax forms to be improperly filled out. The company fired her but then insisted that she was never an employee, only a volunteer.

Were the workers’ claims sufficiently similar to proceed as a collective action?


The procedural issues with the lawsuit focused on the fact that many of the workers had slightly different unpaid wage claims. The FLSA permits claimants to proceed collectively only if their claims are similar. In September 2021, the federal court found that there was sufficient evidence of similarity for the workers to proceed to the next organizational phase of the process, which involves notifying others of the existence of a lawsuit and permitting them to “opt in” or join. Thereafter, the fact-finding discovery process can begin.

More UNPAID WAGES News
The failure of a wage lawsuit to achieve a conditional certification is generally fatal to the plaintiffs’ case. For a variety of practical reasons, including cost, collective actions, like class action lawsuits, are often the only practical way to pursue unpaid wage claims. The federal court’s grant of conditional certification is thus a very important win for the unpaid AgeVital workers.

The court conditionally certified two classes. The first consists of current and former salaried, executive-level employees, and the second consists of hourly employees who worked in manufacturing. The class period for both classes reaches back three years.

The OMFWSA requires employers of covered employees who are not otherwise exempt to pay these employees a minimum wage of not less than $8.55 per hour. The Complaint alleges that the company acted in reckless disregard of Ohio minimum wage requirements.In addition to the federal and state statutory claims, the lawsuit also alleges common law breach of contract and fraud claims.