On March 17, the National Labor Relations Board (NLRB) asked the Ninth Circuit to enforce its Order that the Hotel Bel-Air rehire workers laid off in September 2009 who reapplied for their jobs in 2011 with back pay and damages. The Order further requires the hotel to recognize Unite Here Local 11 as the workers’ bargaining representative. The important story for unionized workers or those who seek to organize is about union-busting -- hotel workers who were left without jobs and potential unpaid wages claims for more than a decade. 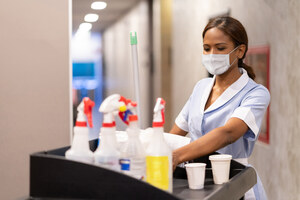 The larger story includes political shenanigans, the Sultan of Brunei and perhaps, just maybe, some light at the end of the tunnel. President Biden’s expressed commitment to be the “strongest labor president you’ve ever had” may be at work in nudging along the resolution of the hotel workers’ claims.


In 2009, the luxury hotel announced that it would close for extensive renovations. The move put more than 300 staffers out of work. At the time, many of those laid-off workers were organized by Unite Here Local 11. Although the hotel offered severance packages and promised to try to relocate workers to other properties, it did so unilaterally, without bargaining with their union.

When the hotel reopened in October of 2011, the hotel declined to interview or hire many of the unionized former employees. Union members protested in front of the hotel, accusing management of closing the hotel solely for the purpose of forcing it out. Unite Here filed an unfair labor practice charge with the NLRB in 2012.


The NLRB filed a complaint against the hotel in 2016. Ultimately, the lawsuit was heard by an Administrative Law Judge. Federal labor law requires such complaints to be heard first heard by an ALJ. The ALJ trial, complete with witnesses and evidence presented by both sides in the dispute, took place over several months between 2017 and 2018.

In December 2019, by order titled “Kava Holdings, LLC and Unite Here-Local 11” (Kava Holdings does business as the Hotel Bel-Air), the ALJ required the Hotel Bel-Air to rehire 106 named employees with back pay and damages and to recognize and bargain with Unite Here Local 11 on behalf of workers at the hotel. The ALJ, according to federal labor rules, transferred the Order to the NLRB for further action.

And there it sat…


Thereafter, the hotel appealed the ruling to the NLRB, and years of minor procedural moves ensued. The five members of the NLRB are political appointees. The NLRB enforces private-sector workers’ rights to organize, and its General Counsel, also Senate-confirmed, has sweeping authority to determine which types of cases the agency does or does not pursue.

At the time of the Bel-Air referral, two of the five NLRB seats were vacant. The other three were filled by President Trump. In the stalemate, some saw a political motive or perhaps a favor to the Sultan of Brunei who, through many corporate layers, ultimately owned the Hotel Bel-Air.

Within minutes of his inauguration on January 20, President Biden fired Peter Robb, the Trump-appointed General Counsel for the NLRB. He named Peter Ohr as Acting General Counsel.

The President subsequently named Lauren McFerran, a Democrat, to head the board. McFerran took over from John Ring, a Republican who had chaired the Board since 2018. During his tenure, the NLRB handed down several major decisions that were generally seen to be business-friendly. The fifth seat, reserved for a Democrat, remains vacant.

What now, what next?


The fact that the NLRB has now moved the case to the Ninth Circuit is significant. To be clear, though, the issue is whether the NLRB’s Order, which incorporates the ALJ’s decision, should be implemented during the pendency of the underlying claim.

More UNPAID WAGES News
The hotel will argue that enforcing the Order would be premature and unfair before the Court has the opportunity to evaluate the merits of the lawsuit. The NLRB will argue that the passage of yet more time would unfairly prejudice the workers, especially in light of the fact that their argument is likely to succeed. The Ninth Circuit’s decision about enforcement is not likely before fall. Adjudication of the underlying claim could take several more years.

The elephant in the room, of course, is the long delay in the resolution of the 106 workers’ unfair labor practice claims. How many hotel workers can wait for 10, 12 or 15 years to be made whole?

To be fair, the delay cannot be laid entirely at the feet of the Trump administration. The process itself, with the NLRB, the ALJ adjudication, referral back to the NLRB and review by the Circuit Court is designed to favor the deep-pocketed corporate defendant.  It is difficult to imagine how this encourages or supports the right of workers to organize.