In yet another lawsuit, migrant workers accuse hemp companies of wage theft.

A lawsuit accusing three Oregon hemp companies of wage theft and exploiting their labor is the second complaint filed against the same defendants last year. 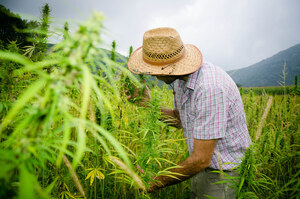 The agricultural workers hired by WestCoast Growers LLC, Topshelf Hemp LLC and Fire Hemp LLC allege they were cheated out of their final paycheck by employer Colt Jamison Hansen. The same Defendants were accused in a lawsuit filed last year by 17 workers of wage theft occurring during roughly the same harvest season. Further, Hansen and his companies were accused of unsafe housing conditions and verbal abuse. Add to the accusations gun threats.

The lawsuit names Logan Pierce Butler and his company Pierce Farm Labor LLC, which recruited workers for Hansen's hemp growing operations. Hansen and his companies have defaulted and are no longer defending themselves in the lawsuit, according to the amended complaint, according to Law360.

The lawsuit alleges the defendants violated the Migrant and Seasonal Agricultural Worker Protection Act, the Oregon Contractor Registration Act and state wage statutes. It seeks nearly $30,000 in unpaid work, lost wages and other penalties; $500 and $1,000 fines for each violation of the federal agricultural law and the state's registration statute.

The workers claim they were made to suffer a number of indignities while trimming, cleaning, and sorting industrial hemp plants, including: The case is Chim et al. v. Westcoast Growers LLC. et al., case number 1:21-cv-01285, in the U.S. District Court for the District of Oregon.


Employer Colt Jamison Hansen is also accused of pointing a gun at the workers to avoid paying their wages, according to court documents. "Plaintiffs sought out Hansen at his warehouse to ask for their wages…Defendant Hansen drew his gun on plaintiffs and told plaintiffs that he would not be intimidated by them because he knew how to defend himself. Plaintiffs were frightened by this event and never personally sought their wages from Hansen again."


Seventeen migrant employees who were hired for temporary work on a hemp farm have sued the employer for a variety of mistreatments, including partially unpaid wages, unsafe housing conditions and verbal abuse. The complaint alleges: “Plaintiffs and other migrant workers have suffered damages by being required to live in unsafe and unhealthy agricultural labor housing and will be subject to the real threat of having to continue to live in unlawful housing conditions in the absence of injunctive relief,” the lawsuit says. “Plaintiffs and other migrant workers will continue to work in agriculture and suffer harm unless defendants are enjoined [from] future law violations… .”

As reported by Law360, the plaintiffs are seeking:

They had no access to running water or sanitary cooking facilities. The defendant also did not clean the port-a-potties the plaintiffs were forced to use.

The workers said their housing did not have water or working bathrooms, and they had to bring in water to drink and cook their meals with. The trailer and the house also did not have heating. "Defendants placed two port-a-potties near the housing but failed to empty them when they became full, so plaintiffs relieved themselves outside," according to the lawsuit. "There was one shower available at defendants' warehouse. Plaintiffs took turns showering but not everyone was able to shower every day."


Meanwhile, The San Mateo County District Attorney’s Office announced that defendant David Wayne Jenkins was sentenced for his failure to pay farm workers during December 2020 and January 2021, at the hemp farm he was operating in Half Moon Bay, California.

More UNPAID WAGES News
After an extensive investigation conducted by the District Attorney’s Bureau of Investigation, the Labor Commissioner’s Office and Employment Development Department, the defendant was charged in a felony complaint with theft of labor, tax evasion, and failure to maintain workers’ compensation insurance. Jenkins was ordered to serve 364 days in custody concurrent with a two-year prison term the defendant will be serving in an unrelated case; to pay restitution of $55,761 to Care West Insurance for unpaid workers’ compensation premiums, $500 for unpaid wages, $332 to three former employees for out-of-pocket costs due to injuries on the job, and $7,576 for unpaid tax withholdings. As well, he paid $127,944.78 in restitution for unpaid wages to 31 former employees, and $31,000.00 in unpaid taxes to the Employment Development Department.

“Theft of hard-earned wages is unconscionable and must have consequences. This practice not only steals wages from workers, but also provides cheating employers an unfair advantage over law-abiding employers,” said California Labor Commissioner Lilia García-Brower. “I commend my team and the San Mateo DA’s Office for their efforts to hold these perpetrators accountable and bring justice to these wage theft victims."