Tesla has been hit with a class action lawsuit after thousands of workers were laid off without being provided with 60 days advance written notice. Former workers at Giga Nevada who filed the labor lawsuit argue that Tesla’s mass layoff violated the Worker Adjustment and Retraining Notification Act (WARN Act). 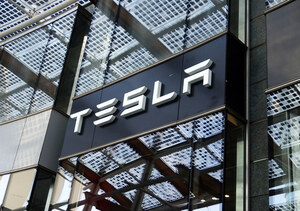 Former Tesla workers John Lynch and Daxton Hartsfield filed the lawsuit on June 19th in Texas federal court on behalf of employees of the electric vehicle maker who have been terminated without cause as a part of mass layoffs beginning in approximately May or June of 2022. Lynch and Hartsfield, who worked at Tesla's Gigafactory 2 plant in Sparks, allege they received a notice of termination that was “effective immediately” rather than receive 60 days advanced notice, as the WARN act stipulates. The lawsuit also alleges that Tesla also failed to provide a statement explaining the basis for reducing the notification period to zero days advance notice.

Tesla CEO Elon Musk told the company's top executives that the company needed to eliminate 10 percent of its total workforce, reported Reuters. Thousands of workers were laid off nationwide, including more than 500 at the Nevada plant. Over 500 lay-offs is the magic number for WARN Act violations.


Under the Worker Adjustment and Retraining Notification Act (WARN), employers are required to provide 60 days advance written notice prior to a "mass layoff," but Tesla failed to provide such a warning.

The Worker Adjustment and Retraining Notification Act (WARN) The WARN Act was created to give workers and their families “some transition time to adjust to the prospective loss of employment, to seek and obtain other jobs, and if necessary, to enter skill training or retraining that will allow these workers to compete successfully in the job market. Regular federal, state, local, and federally-recognized Indian Tribal government entities that provide public services are not covered.”


According to Reuters, Musk dismissed the lawsuit as “trivial” and at Bloomberg’s Qatar Economic forum he said it was a “small lawsuit of minor consequence, reported CNBC. At the event Musk said Tesla would reduce its salaried workforce by 10 percent in the next three months, while at the same time growing the number of hourly employees.

More UNPAID WAGES News
Plaintiffs’ attorney Shannon Liss-Riordan told WRAL TechWire that she finds it very concerning that the richest man in the world considers it 'trivial' that his company is blatantly violating federal labor law [enacted] to protect workers… While two months [of] pay certainly doesn't matter to him, it matters a lot to the employees who made his company what it is."

DOL's Employment and Training Administration administers WARN but has no enforcement role in seeking damages for workers who did not receive adequate notice of a layoff or received no notice at all. Some states also have their own plant closure laws.

Employers considering a layoff can contact the State Dislocated Worker Unit to find out more information on notice requirements in their state.