When is a “managerial” job a bad deal?

Parties have asked the Northern District of California to approve an agreement to settle unpaid wages claims against Ecolab. If approved as expected, the settlement would end a lawsuit in which employees claim that they were misclassified as salaried workers and consequently deprived of overtime, double time and unpaid rest periods including meal breaks. 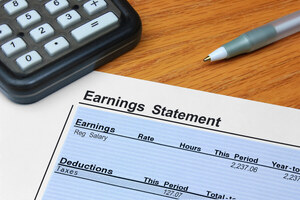 Among other issues, Bankwitz v. Ecolab highlights how pervasive the trap of employee misclassification is for workers trying to climb the ladder toward life-sustaining wages. Flummoxing as it is, “management” and “salary” can become the bait that workers are offered to take less money and fewer legal protections. Some take it.

In their Complaint, they allege that the duties that they performed were not substantially different, under the FLSA and California law, from the duties of wage workers. They should, therefore, have been paid for the extra hours.

For other workers the facts may be different. A mop is a mop is a mop, after all, whatever the worker’s title. The same could probably be said of cold calls, especially after 8 hours in a workday or on weekends.


At the outset, it is important to recognize two things. California law is generally more protective of workers than federal law, although the penalties for violating the law may be different. Secondly, the language of both federal and California law is confusing and possibly deceptive.

California and federal law deal with employees as “exempt” or “non-exempt.” In this situation, however, “exempt” does not mean free of restrictions. It actually means quite the opposite for workers: it means unprotected by wage and hour laws. As far as workers are concerned, there’s a little bit of legalistic smoke and mirrors even in the labelling of categories.

In order to be considered an unprotected (or exempt) employee in California, a worker must generally earn a minimum monthly salary of no less than two times the state minimum wage for full time employment. The basic concept is that more skilled and better paid workers are in a better position to negotiate about their salary level. This may or may not be true, depending on the financial situation of the worker. There are also many specialized exceptions.

In addition, most California employees who are classified as unprotected must customarily and regularly exercise discretion and independent judgment in their jobs. Discretion and independent judgment involve comparing and evaluating possible courses of action and making decisions after considering various possibilities. Job title, by itself, is not determinative of protected or unprotected status.

Workers who are protected by California wage and hour law must be paid the greater of the state or local minimum wage, plus overtime at one and one-half times the regular rate of pay for hours over 40 in a workweek. In addition, protected workers must be paid double time for hours over twelve in a day.

Protected workers who work three and a half or more hours per day must be offered duty-free, paid rest breaks. In addition, protected workers must receive a thirty-minute duty-free lunch or meal break if they work more than five hours in a day. Those who work more than ten hours are entitled to a second thirty-minute meal break. Unlike rest breaks, meal breaks need not be paid time. Exempt workers are not entitled to any of these benefits.

More UNPAID WAGES News
Under the federal Fair Labor Standards Act (FLSA), most workers are presumed to be entitled to wage and hour protections, including overtime. There are specific exemptions for executives, administrators and learned professionals. All of these require salaried compensation, the ability to exercise discretion and authority and some special level of skill or learning. The biggest difference, when compared to California law, is the level of compensation. The federal minimum wage is still $7.25 per hour.Determining whether a worker is a protected non-exempt employee or an unprotected exempt employee is clearly an intensively fact- specific inquiry. This will ultimately not be required in Bankwitz if the settlement is approved.


Under the proposed settlement, the average recovery for class members will be $30,812 in addition to a $50,000 amount that will be divided among workers who have also brought claims under the Private Attorneys General Act. Individual payments will be calculated on the basis of workers’ "qualifying workweeks," although all those covered by the settlement will receive at least $500.