Walsh v. Getch, Inc. is only the tip of the wage theft iceberg

On July 25, the U.S. Department of Labor filed a lawsuit on behalf of 25 home healthcare workers employed by Getch, Inc. and its owner Gregory B. Getchell. The unpaid wages lawsuit seeks to recover $75,101 in overtime pay and to enjoin the employer from a pattern repeated violations of the Fair Labor Standards Act (FLSA). 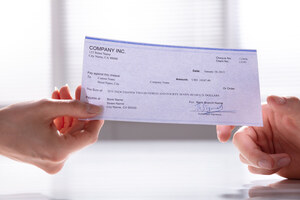 Similar lawsuits are filed throughout the country on a regular basis, highlighting the fact that people who work in their employers’ homes are often isolated and vulnerable to wage theft. Walsh v. Getch, Inc. is not a case of inadvertent individual failure, however. The scheme perpetrated by Getch, Inc. was systemic law breaking.


Investigators from the DOL’s Wage and Hour Division found that Getch violated the FLSA by paying a flat daily rate to workers who provided seniors with live-in assistance for daily living activities. The employees worked both day shifts and live-in shifts at clients’ homes. For live-in shifts, they were compensated for 16 hours a day, excluding an eight-hour sleep period. Getch paid employees working live-in shifts different hourly rates depending upon the number of hours worked in a workweek. The more hours an employee worked over 40 in a workweek, the lower the hourly rate the employee would receive. They were paid only a flat daily rate for live-in shifts, with no overtime premium, as required by law.


Then, to create the appearance that overtime had been paid, Getch altered employees’ pay records. The company modified employees’ hourly rates to match that flat daily rate while creating the appearance of paying an overtime premium. The business maintained internal documents specifying the hourly rate an employee would be paid based on a sliding scale of how many hours that employee worked in a week.

By using these sliding scale pay rates, Getch avoided paying the half-time premium for overtime hours as required by the FLSA. It is difficult to speculate on motivation, but Getch may have assumed that the workers would not have known about their legal rights or would not have complained for fear of retaliation.


An employer who requires or permits an employee to work overtime is generally required to pay the employee premium pay for such overtime work. Employees covered by the FLSA must receive overtime pay for hours worked in excess of 40 in a workweek of at least one and one-half times their regular rates of pay. The law, with some exceptions, requires bonus payments to be included as part of an employee's regular rate of pay in computing overtime.


Wage theft is rampant  in many industries, including in health care. A 2009 study found that 12 percent of home health aides make less than the minimum wage.  Many others are paid a fixed sum for a variable number of hours, which often leads to minimum wage and overtime violations.

Many workers never recover wages stolen from them by employers because they do not have access to legal representation, are worried about retaliation, or do not know their employers are stealing from them. Wage theft costs health care workers millions of dollars per year in lost income.


In 2021, the DOL launched an initiative to improve compliance with the FLSA within the home healthcare industry. Since then, the Wage and Hour Division has conducted more than 1,600 investigations and identified violations in 80 percent of these reviews. Among the most common violations is not paying overtime or federal minimum wage.

More UNPAID WAGES News
Walsh v. Getch, Inc., appears to be a product of this initiative. But it is far from the only one.

In November 2022, the DOL reported that it had recovered $1.2 million in back wages for 600 home health care workers in Texas and Louisiana. The home healthcare businesses named in that lawsuit were: The first step to getting the attention of the DOL to a case of wage theft is to contact an experienced employment lawyer, who may be able to identify state as well as federal unpaid wage claims.
READ ABOUT UNPAID WAGES LAWSUITS