A California Judge won’t sign a $35 million settlement which was set to resolve complaints that Walmart failed to provide employees with accurate wage statements. 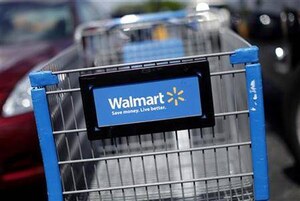 U.S. District Judge André Birotte Jr. said the release-of-claims section of the deal doesn't just drop claims that Walmart failed to provide workers with wage statements. Rather, the “release of claims is too broad” because it includes other labor violations not alleged in the lawsuit, and “the court cannot find that the proposed settlement as drafted is 'fair, reasonable and adequate,’” wrote Judge Birotte and reported by Law360. The judge ordered plaintiff James Evans, a former Walmart store department manager, to refile a motion for preliminary approval within the next 90 days that fixes the deficiencies.


Back in September 2017 Evans filed the complaint in the Superior Court of the State of California for the County of Los Angeles accusing Walmart of:


In October 2017 Walmart removed the action to federal court. In November Evans filed the First Amended Complaint, which added Keineisha Smith as a class representative and added two more violations of the labor code: Failure to provide meal periods and failure to provide rest periods, according to court documents.

In November 2019 Judge Birott certified two classes of Walmart employees, with about 200,000 members for each class. One class accused the retail giant of failure to pay the correct amount for overtime work and the second of failure to provide proper wage statements. Plaintiff Evans got two out of four: the proposed class alleging Walmart didn't properly pay accrued holiday pay or paid time off was denied, ruling that the proposed class lacks standing and Evans hasn't show that there are common questions of fact. And a motion from Walmart to stay a claim Walmart failed to pay timely wages was granted.

In December 2020 Walmart and its employees attended an unsuccessful mediation session, but in April they agreed to settle the case.

More UNPAID WAGES News
Fast forward to September 2021. Despite denying any wrongdoing, the multinational retail corporation agreed to pay $35 million to resolve wage statement claims of approximately 265,000 current and former employees. The California labor law requires employers to provide accurate pay stubs to its employees. Walmart, in the original complaint, was accused of never giving its workers an option to elect paper wage statements to review their pay (a violation of California Labor Code 226), although it did provide electronic wage statements. Wage statements should provide a breakdown of how you’re getting paid, such as hourly rates, overtime, bonuses, deductions and taxes. Statement information should be easy to understand to ensure that you have received proper compensation.


According to Law360, Evans had argued the claims meet class certification requirements, including numerosity, since there are more than 200,000 potential class members in each class and that Walmart purportedly had a uniform policy that failed to take into account bonuses when calculating all employees' overtime pay.