Only a nut would sue for $35. Banks count on that when they boost overdraft fees through a technique known as “debit resequencing.” The 2010 changes in banking law that were part of Dodd-Frank have failed to kill the practice. It persists even after a $35 million class-action settlement over Union bank excessive overdraft fees in 2011. One of the banks’ newer schemes to keep this revenue source producing has been to force consumers out of class-action lawsuits and into costly individual arbitration. Only a nut would arbitrate over $35. 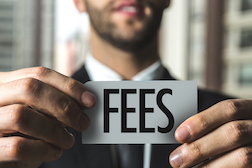 Debit resequencing allows banks to post checks and ATM withdrawals not in chronological order, but in a way that maximizes overdraft charges. Overdraft charges make big money for banks. According to research published by the Consumer Financial Protection Board (CFPB), JP Morgan made $1.9 billion from overdraft charges in 2016, Wells Fargo made $1.8 billion, and Bank of America made $1.7 billion. Consumers paid $17 billion in overdraft and NSF fees in 2015.

That kind of profit potential may make the risk of a lawsuit seem cynically reasonable, even if debit card manipulation cuts close to the law. It would not be such a hard business question, though, if plaintiffs could not afford to get to court by means of a class-action lawsuit but had to arbitrate as individuals. For the bank, the strategy adds up because only a nut would arbitrate over the relatively small, though personally painful, expense that overdraft fees represent.

That, in any event, appears to have been Wells Fargo’s plan in Gutierrez v. Wells Fargo. Five depositors sued the bank in 2008, claiming they were charged excessive overdraft fees through debit resequencing. The District Court found that the bank’s Consumer Account Agreement, which checking account customers were required to sign, was both difficult for consumers to understand and misleading. The CFPB has previously taken action against TCF Bank and Santander Bank for similarly tricking customers into signing up for overdraft fees.

The argument that depositors should arbitrate in lieu of suing as class-action plaintiffs appears to be something of an afterthought, and was not well-received by the Eleventh Circuit Court of Appeals principally because of the procedural history of the case.

If the bank wins, all bets are off for the checking account customers. If the bank loses, it might face a payout of more than $1 billion. This is a number that might change the risk/reward calculus for banks and make a big difference for checking account holders.

If you or a loved one have suffered losses in this case, please click the link below and your complaint will be sent to a consumer frauds lawyer who may evaluate your Union Bank Excessive Overdraft Fees claim at no cost or obligation.
Request Legal Help Now

Posted by
Jack Panzarella
on September 19, 2017
What about TD bank, I think they are the worst for charging over draft fees,,,, They will hear more from me soon.
Posted by
Edith B Kassm
on September 19, 2017
I'm very well aware of this excessive od fees that Wells Fargo were taking advantage of innocent people & dpositors. Please include me on this suit.
Posted by
Billye Nipper
on September 17, 2017
This has happened to me at least twice with JP Morgan Chase. I am on civil service retirement and social security. Not only has Chase resequenced my debits causing overdrafts, but they have also manipulated my balance at least twice. One day I showed a balance of $78.90 which to my mind was correct. The next day my balance was more than $100 and showed no deposits or corrections. I thought I must have been mistaken on the $78.90 and was grateful for the larger balance. As a result, I spent more money at the grocery. The next day my balance had been changed back to where it was and I although I was not overdrawn, I now had only about $10 in my account with a week to go before my check.
Posted by
joan daley
on September 16, 2017
Recently PNC charged me astronomical fees for overdraft and a total of 6 36 dollar fess plust 7 dollars a day for 14 days. I am a widow and on permanent social security this is my only income. I did not accrue the overdrafts. one of my sosn misunderstood how to take out of my bank, and even know it was overdraft feess the bank knowingly kept allowing the transaction for the purpose of charging a hefty fee amount. Since I only get paid once a month I would have tobring my account when I get my check direct deposited. I am distraught and I am in deep danger of my credit and broke with no food to eat or any other bills I pay I have been a customer with PNC since1972 I could see one overdraft fee of 36 dollars but ^? Please help me

Click to learn more about LawyersandSettlements.com
LawyersandSettlements.com - A trusted, independent legal news provider bringing quality news and information on all legal cases and lawsuits filed in United States of America to its readers since 2002. Over 250,000 legal help requests including Consumer Frauds, Consumer Banking Issues, and Financial Cases have been forwarded to lawyers all across to the country.