After repeated studies showed that patients who were given Trasylol had a higher risk of kidney failure, Bayer, maker of Trasylol, has started recalling remaining stocks of the drug in the US. Previously, Bayer had suspended marketing the drug, but had not recalled all stock of the drug. Meanwhile, the company faces lawsuits related to its handling of the drug. 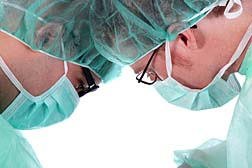 Most of the remaining Trasylol units are in warehouses or in hospital or physician's stock. Trasylol will still be available for limited use; meaning that it can be used for investigational purposes according to a special treatment protocol. The protocol outlines who can still receive Trasylol: patients who have an increased risk of blood loss during specific surgeries and have no viable medical alternative to Trasylol. However, before using the drug, doctors must confirm that the benefits of using Trasylol outweigh the risks.

Bayer already faces numerous lawsuits alleging the company knew about the risks to patients but did not adequately warn them. The lawsuits claim that use of Trasylol led to unnecessary health problems and, in some cases, death. Trasylol was approved for use in 1993 and has likely resulted in many more deaths and health problems than realized. In fact, Trasylol's safety did not come into question until 2006, following a study that linked the drug to an increased risk of serious health problems including heart attack and stroke.

What may have been overlooked are the people who received Trasylol well before questions arose about its safety. After all, the drug was used for 13 years before researchers studied it. Since Trasylol likely was not any safer then than it is now, many people may have suffered serious side effects from the drug and not realized that Trasylol was to blame. Now, they and their family members are left to wonder if their health problems could have been avoided simply by using a different anti-bleeding medication.

More lawsuits will almost definitely be filed as people check their medical records to determine whether or not they were given Trasylol. Patients who did suffer side effects may be quick to blame their doctor for their problems; however, doctors were likely just as unaware as patients about the risks associated with Trasylol. They relied on the information given to them by Bayer regarding potential side effects. If Bayer had simply recalled the drug when it realized there was health risks associated with it, they could have saved many people from suffering.

If you or someone you love suffered from serious side effects, including heart attack, stroke or kidney failure, it is possible that Trasylol was the cause. Contact a lawyer to discuss your legal options.