By the time Bayer AG caved to pressure from regulators and pulled Trasylol from the global marketplace earlier this month, an estimated 4.8 million cardiac patients had received the suspended drug since it was first introduced in 1993. Many of those patients, having experienced kidney failure, stroke or heart problems since receiving Trasylol, known generically as aprotinin, may be unaware that it was the Trasylol that lay at the root of their troubles.

Trasylol, a drug used to mitigate excessive bleeding in patients undergoing certain types of heart surgery, has long been under a cloud of suspicion. However, the drug has only come to the forefront of the public conscience in the last year thanks to the release of damning statistics relating to the serious adverse effects linked to the drug, together with the highly-publicized halt of a Canadian clinical trial last month, after trial officials determined the risk to participants of irreversible damage, or death, was too great to continue. Publicity surrounding a similar study, the results of which Bayer AG allegedly withheld from the US Food and Drug Administration (FDA) in 2006, only added fuel to the fire. 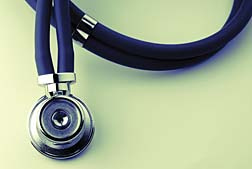 The withholding of study results adjacent to a critical FDA panel vote governing Trasylol's continued presence in the US market was a result of regrettable human error, according to Bayer.

While the FDA only has jurisdiction in the United States, the worldwide halt to Trasylol sales came in the wake of consultation between the manufacturer and health authorities in Canada as well as Germany, where Bayer AG is based. It is telling to note that while the FDA was recommending sales of Trasylol be halted, sources suggest that its German counterpart took a much stronger position. If Germany views Bayer AG with any favor, it was certainly not evident when the German Federal Institute for Drugs and Medicine Products insisted that the drug had to go.

According to industry watchers, the suspension came as no surprise to surgeons who have followed the Trasylol story over the past 18 months. Many decreased their use of Trasylol, or stopped using it altogether, as evidence questioning its safety mounted.

Dr. A. Michael Lincoff, Vice-Chairman of Research in the Cleveland Clinic's cardiovascular medicine department, said that assuming the absence of any new data, which could cast Trasylol in a different light, any previous broad use of Trasylol is unlikely to ever return.

Trasylol is an aprotinin, which blocks enzymes that dissolve blood clots. It is designed to mitigate blood loss and minimize the need for transfusions. It's most certainly a worthy product in the context of sustained blood shortages and other issues exacerbated by excessive bleeding during, or after surgery.

The Canadian study was actually designed to demonstrate that Trasylol was more effective than other drugs in the control of excessive bleeding, according to the FDA's Gerald Dal Pan . "That study was halted, because Trasylol appeared to increase the risk for death compared with two other drugs."

However, Dr. John K. Jenkins, director of the FDA's Office of New Drugs, said during one of two press conferences November 5th called to announced the Trasylol suspension, revealed that participants in the Canadian study were shown to have a whopping 50 per cent increased risk for death, when compared with the two other drugs in the study.

This, coupled with a study published last February in the Journal of the American Medical Association (JAMA), combined to sink Trasylol. The latter found that patients on Trasylol were at greater risk for dying over the next five years, than those on other drugs.

While there are alternatives to Trasylol, including the two drugs noted above, there is nothing quite like Trasylol waiting in the wings to take its place. "Unfortunately, there's nothing like it in the pipeline" to fill the gap, and the drug was particularly useful for certain patients, says Dr. Timothy Gardner, a heart surgeon based in Delaware and a spokesperson for the American Heart Association.

More News
In spite of the seriousness of a drug suspension, the FDA is allowing Bayer AG to keep its foot in the door by taking the position of a gradual phasing-out of Trasylol in order to ensure the availability of alternative drugs (in other words, to prevent a run on them). Indeed, making good medical information available to doctors and surgeons, then allowing them the capacity to make decisions based on the needs of individual patients—some of whom might benefit in some way from Trasylol—need not be a bad thing.

However, the FDA wants to wait for the final Canadian BART study data before making any conclusive ruling as far as the US market is concerned, regarding Trasylol. Coupled with Bayer AG's position that the suspension is only temporary pending final analysis of the Canadian BART study data, leads one to conclude that the FDA doesn't want to be seen as completely pulling the plug on Trasylol, while the manufacturer holds onto the possibility that the drug still has legs, and a capacity for additional revenue.

Until then, everyone waits for BART.