Two new studies have been conducted that confirms that kidney damage, and even death, can result from the use of Trasylol to reduce bleeding during heart bypass surgeries. Both studies have suggested that the drug increases the risk over the short-term and the long-term.

Bayer AG, the maker of Trasylol, halted marketing efforts in the United States in November 2007 after the preliminary results of a Canadian trial revealed various problems exist with the medication. Duke University's associate professor for anesthesiology, and the author of one of the reports that will be made available in the February 21 issue of the New England Journal of Medicine, Dr. Andrew Shaw, states that his study shows that a higher rate of death and kidney damage is still associated with Trasylol. 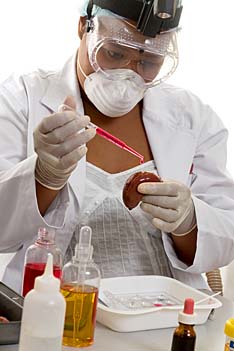 Dr. Shaw says his study involved over 10,000 people who had undergone heart bypass surgery. He noticed that there was a 32% increase in the death rate in the 1,343 people who received Trasylol during their surgery. This was a much higher percentage than the 2,029 that had received no medication at all to control their bleeding during the surgery. Another drug that is commonly given called aminocaproic acid has a death rate that is 27% lower than that of Trasylol.

One important factor in Shaw's study is that his follow-up period extended as long as ten years. The study revealed that a certain measurement of serum creatinine, a kidney-related protein, was found in the kidneys of patients. A precise measurement of this protein appears to have an association with the reduced kidney function that results from Trasylol use.

The second study that was led by Brigham and Women's hospital and Harvard Medical School, collected data on over 78,000 patients who had underwent heart bypass surgery. As in Shaw's study, they compared the results of both aminocaproic acid and Trasylol.

All of this information had been presented to the FDA when it made its request to Bayer to take the drug off of the market, according to Dr. Sebastian Scneeweiss. Both Dr. Schneeweiss, who is Brigham and Women's vice chief of pharmacoepidemiology, and Dr. Shaw said the final decision regarding the use of Trasylol relies on the data that will be released from the Canadian study, which is expected to happen very soon.

More News
They are also waiting to see if there are people in the patient population that may benefit from the drug in ways that would outweigh the harm that is done by it. Such people being referred to are those with conditions such as diabetes that can complicate coronary issues. So far, such groups have not been identified.

In an editorial written by Dr. Wayne A. Ray, who is a professor at Vanderbilt University in preventive medicine, he says that any drug that acts in the same manner as an older medication needs comparative studies done before the drug is frequently used. He is referring to past drugs that have had the same consequences as Trasylol. He believes that if such studies had been done ten years ago, approximately 22,000 people would not have lost their lives. He believes that millions of people were permitted to use the drug before it was truly understood and that such testing needs to come from the FDA.