Researcher: Too Many Deaths Caused by Trasylol

At least one critic of the US Food and Drug Administration (FDA) says the organization acted too slowly when it learned of the dangers of Trasylol. According to Dr. Dennis Mangano, approximately 22,000 lives could have been saved if the FDA had removed Trasylol from the market when it received evidence that the drug was linked to thousands of deaths. The FDA received that information two years ago from Dr. Mangano.

Managno was involved in a study of Trasylol, involving 5,065 patients in 17 countries. His study found a link between kidney failure requiring dialysis and increased death in patients given Trasylol. That study was published in January 2006 and in September 2006, was presented to the FDA at a meeting. 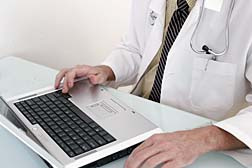 At the same meeting, Bayer officials defended their product, but failed to inform the FDA about their own study, which confirmed the negative findings associated with Trasylol. In fact, Bayer's own study allegedly also indicated that Trasylol was associated with congestive heart failure and strokes. At least one FDA official has affirmed that, had he known about Bayer's study, he would have voted to remove the drug from the market. He noted that it was unusual and inappropriate that Bayer would not alert the FDA to the study's results.

According to Mangano, approximately 431,000 patients received Trasylol between the time his study was published and the time Bayer pulled the drug from the market. He believes that approximately 1,000 lives per month could have been saved if the drug had been pulled more quickly.

Meanwhile, a research in Germany told the CBS television show 60 Minutes that Bayer knew about the potential harm to a patient's kidneys early in the development of Trasylol because research showed severe kidney damage in animals. However, Bayer was allegedly not interested in studying those side effects.

More News
The FDA did not order a recall of Trasylol until November 2007, when a Canadian study of the drug was stopped because of the high number of patient deaths. The study also resulted in a ban in Germany of all sales of the drug.

Trasylol is used to prevent bleeding and blood transfusions in patients during heart surgery. At the height of its use, Trasylol was given to as many as one-third of all heart bypass patients in the US. According to the 60 Minutes report, Bayer now plans to see if Trasylol can be remarketed.

Bayer is now facing lawsuits filed by both people who were given Trasylol and suffered serious side effects or the family members of patients who died after being given Trasylol.

Mangano's claims will appear in a broadcast of 60 Minutes, to be aired Sunday, February 17, at 7:00 pm ET/PT. The interview is conducted by 60 Minutes correspondent Scott Pelley.